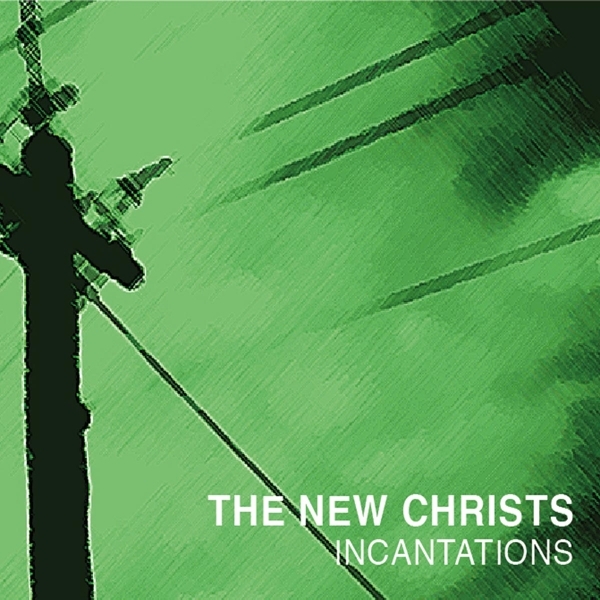 The New Christs last gave us a full-length album of new material over five years ago, but the wait for a new release is finally over. June 6th will see the band return to record store shelves with their fifth studio album,"Incantations". Recorded by Jim Moginie (Midnight Oil) in his Sydney studio and mixed at the famed Alberts Studios by award winning engineer Wayne Connolly, the album highlights the bands diverse song-writing talents while maintaining the high-energy performance they have become known for across their three-decade long history. "Incantations" opens in party mode with "Ghostlike", a stomp that kicks in hard and never lets up.

The New Christs move into their unique and familiar rock sound tinged with surf and garage on tracks like "Waves Form" and the intriguing spytheme like "Unless". "It Means Everything" will more than satisfy the rock n roll crew, and there's a relentless grind and menace to "It's Not A Game" and "Precious Little". Overwhelmingly however, the record is speckled with moments of pure pop: "Golden Street" and "We Are Lovers" reveal a delicate side of The New Christs with Younger singing in a lower register to great effect. Then there is the gloriously bittersweet "This Is A Party", that would sit well alongside older gems like "On Top Of Me" (We Got This, 2002). "Incantations" is another diverse, cohesive and exciting record from a band that continues to be vibrant and vital. While it has taken some time to get together their new album, the band has kept busy during that time, completing two European tours, numerous Australian shows and playing at Dig It Up Festival in 2012.

Their last trip to Europe saw influential Spanish magazine Ruta 66 declare them "best international live act" for that year. Their Paris show was also a traffic stopper, literally, playing to a clogged street full of ecstatic rock fans for the annual Fête de la Musique. With a line-up that consists of founding member and vocalist Rob Younger (Radio Birdman) alongside longtime members Jim Dickson (bass), Dave Kettley (guitar) and Brent Williams (keyboards/ guitar), "Incantations" is the first recorded material featuring drummer Paul Larsen Loughhead. Originally borrowed from the Celibate Rifles for The New Christs European tour in 2011, he has now become a full-time member of the band. The New Christs are now ready to take "Incantations" to the stage with a European tour booked for June and July.