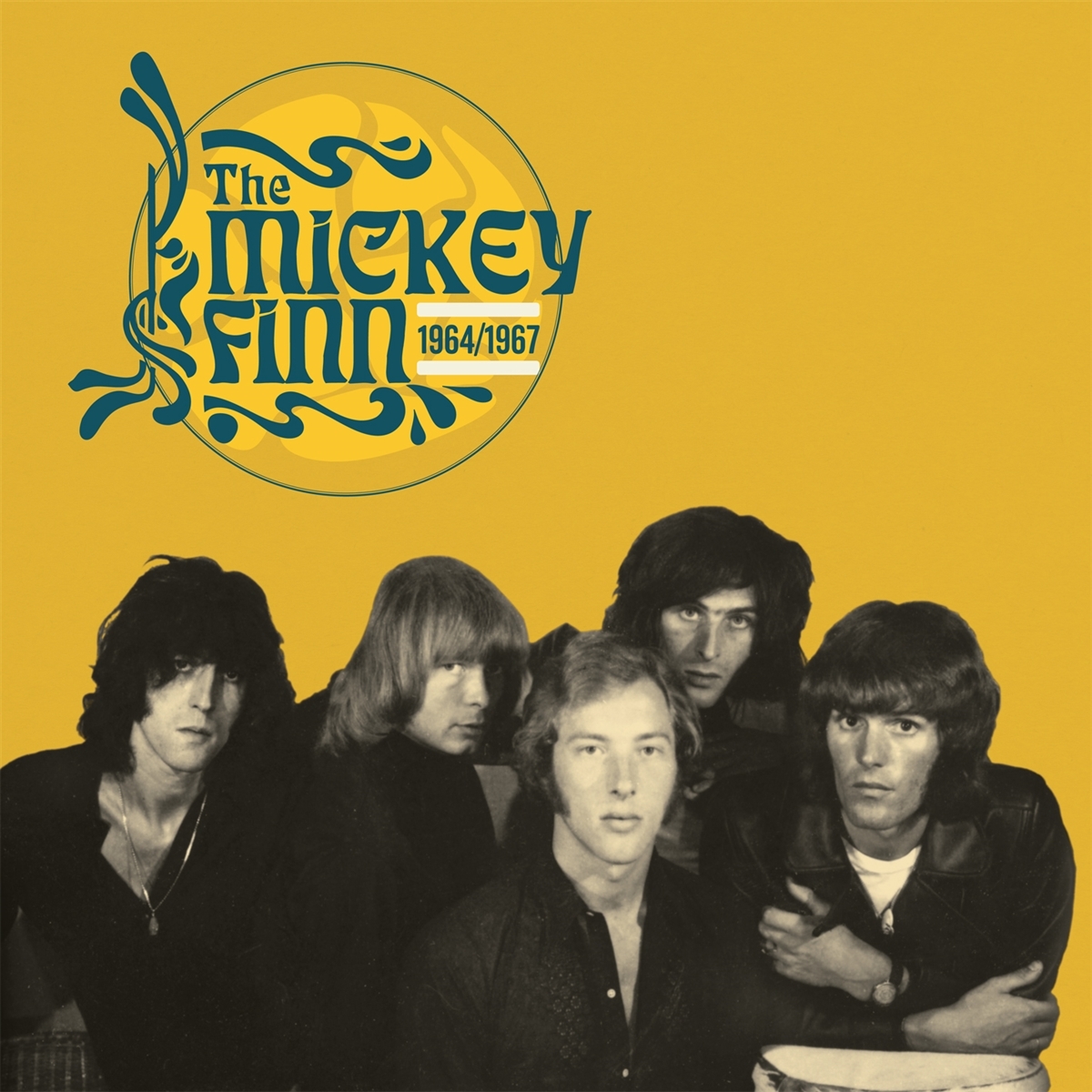 The Mickey Finn lived the life. They may not have notched up any hit records, but their sixties adventures took them from the East End of London to trendy clubs in the South of France and the Bahamas. Along the way they hobnobbed with millionaires, movie stars, murderers and scoundrels, and left behind a tidy pile of sought-after 45s, one a freakbeat monolith revered as one of the era's best. And by 'era' we mean since the invention of the gramophone.

This collection of their work is an impressive tribute to their maverick, hedonistic spirit, comprising all their released recordings plus some _unissued at the time_1966 tracks that have never been available on vinyl before. Guitarist Mickey Waller and drummer Richard Brand formed the earliest incarnation of the group in London's Bethnal Green in 1962. Originally known as the Strangers, by late 1963 they'd added bass player John Burkett and lead singer Alan Mark and changed their name to the Central Sound, Bethnal Green being on the Central Line of London's Tube system. In 1964 the Blue Beat label had just released a single recorded by members of the Checkmates but credited to an as-yet fictional group, Mickey Finn & the Blue Men, "Tom Hark" b / w "Please Love Me." The record needed to be promoted, so at their manager's insistence the Central Sound changed their name to Mickey Finn &the Blue Men. Since there was already a Mickey in the group, Mickey Waller was designated as Mickey Finn. They were now "recording artists" before ever having set foot in a recording studio. After adding a new member, John "Fluff" Cooke on keyboards, the group began its real recording career in March 1964 when Oriole released a single featuring hip bluebeat arrangements of two R&B numbers, Bo Diddley's "Pills" and Jimmy Reed's "Hush Your Mouth."

For the recording session at Regent Sound, they were joined by their friend Jimmy Page on harmonica. Page also played a handful of gigs with them and also blew harp on their next single, a version of Chuck Berry's "Reelin' and Rockin'" backed with an excellent punk R&B original, "I Still Want You." Shel Talmy took over production duties for their next single, released on Columbia in March 1965, a strong version of the traditional blues song "This Sporting Life". It was on the B-side, though, that they really cut loose. On "Night Comes Down" Mark's brooding vocal is underpinned by a tensedescending ass line by new member Mick Stannard, atmospheric keyboards from Fluff, and some wild, dissonant guitar work from Mickey Waller and Jimmy Page. Another Talmy-produced track, "It Ain't Necessarily So," also dates from this period. Although the group was kept busy with live work, they went out on a package tour with the Kinks, the Yardbirds, and Goldie & the Gingerbreads, the next Mickey Finn single didn't appear until July 1966.

The Polydor release found singer Alan Mark backed by session players for a cover of Billy Stewart's "Because I Love You" and a number by American songwriters Pam Sawyer and Lori Burton, "If I Had You Baby." It's the real band playing, though, on two solid soul numbers, Lloyd Price's "Stagger Lee" and Bobby Bland's "Poverty," cut at Regent Sound in 1966 but unissued at the time. By 1967 Bernard Jory had replaced Mick Stannard, and it was he who came up with the mighty bass line that propelled the Mickey Finn's final single, the explosive "Garden of My Mind," released on Direction at the end of that year, backed with the raucous Equals-style mover "Time to Start Loving You." Despite its high quality, the single failed to sell, but the Mickey Finn continued to ride high, playing lucrative engagements in St Tropez and the Bahamas before finally disbanding in 1969.