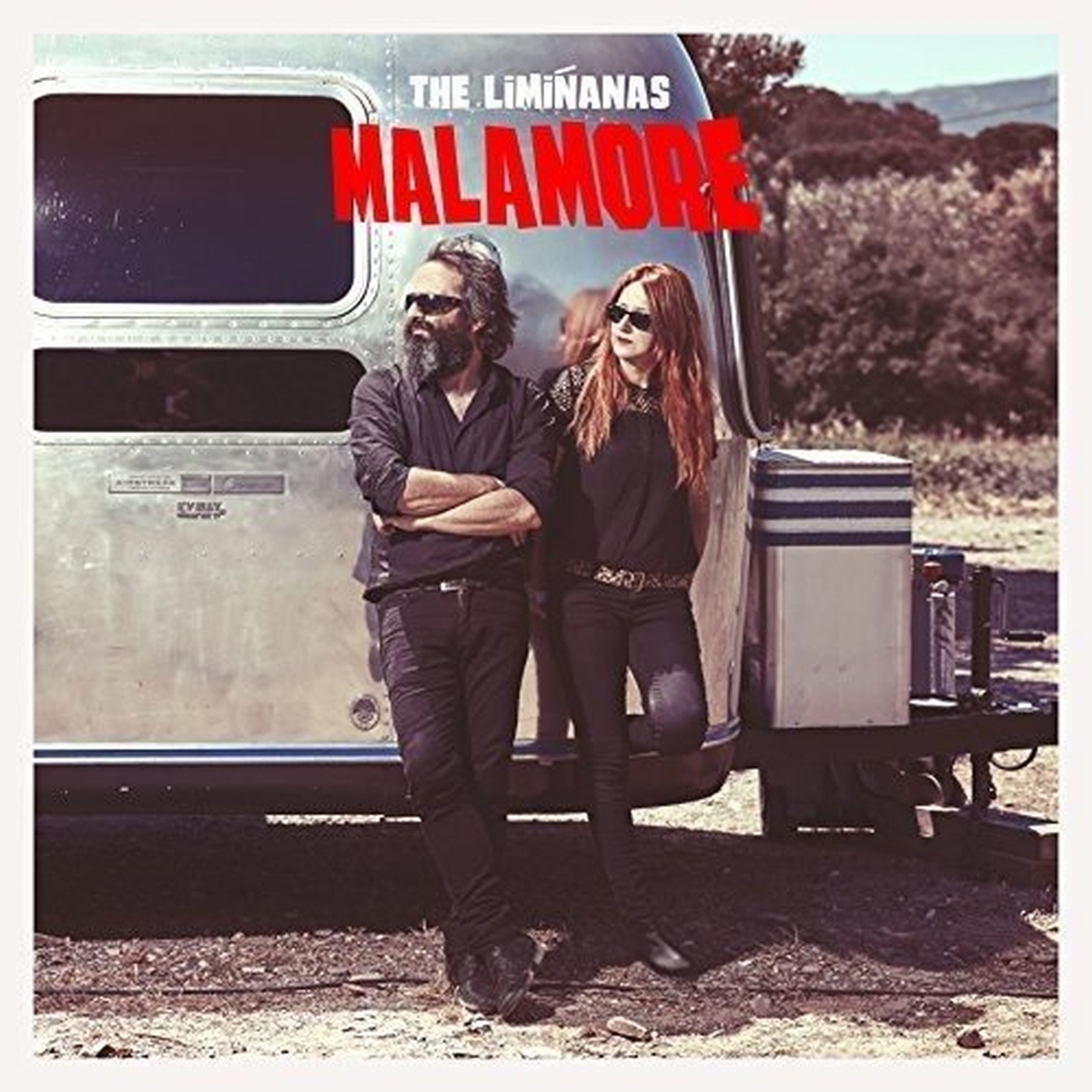 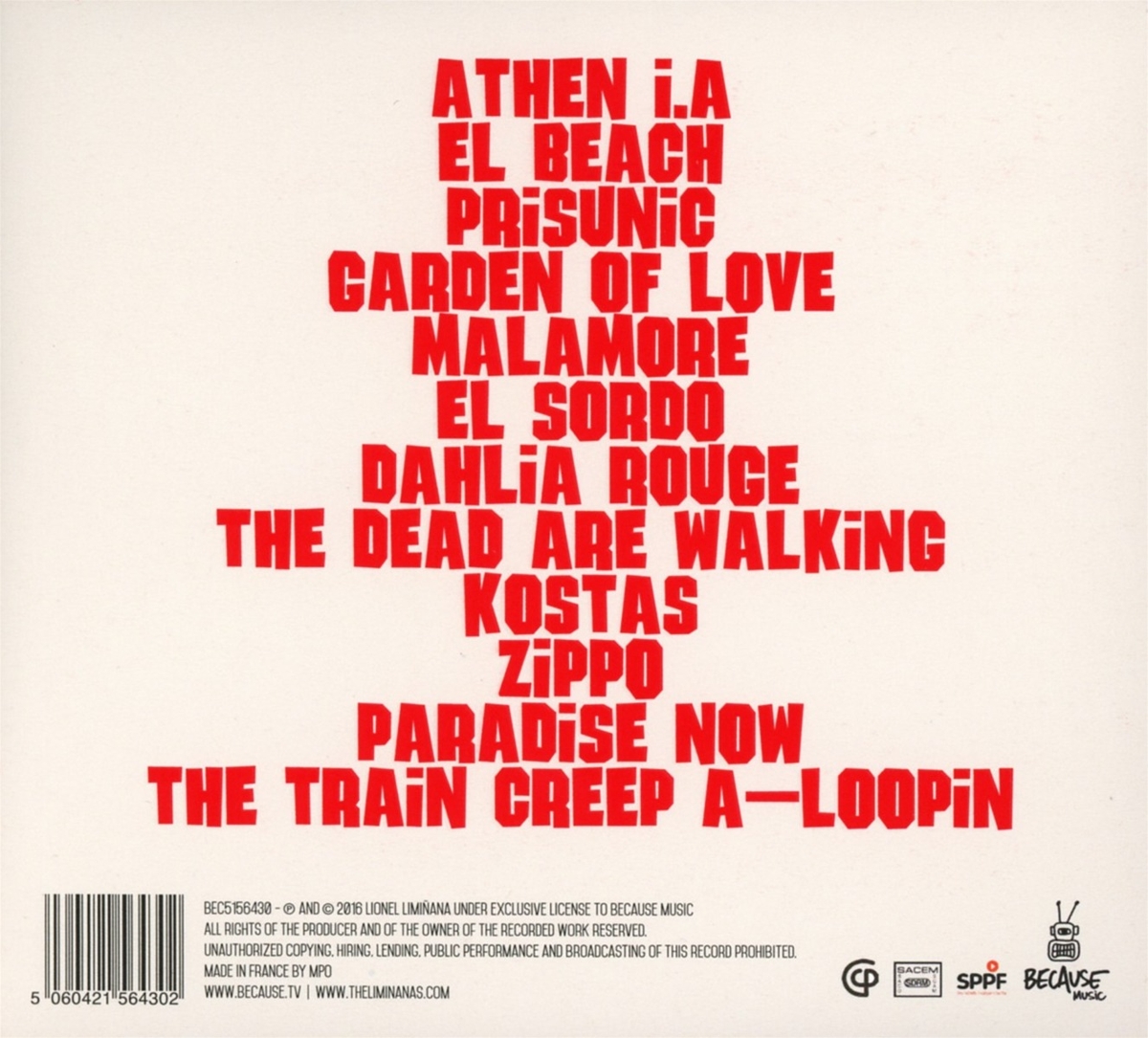 On the cover of their new album Malamore, their first album for Because Music, Lionel and Marie Limiñanas are back in black, and looking ineffably cool, standing next to a classic silver Fifties trailer, shot at a beach festival in the French town of Paulilles by the Spanish border, just 30 minutes drive from the duo's home town of Perpignan. They'd been playing a DJ set, "only with 45 rpm vinyl - Sixties punk, Italian pop, movie soundtracks and Seventies rock tracks," they recall. "The picture syncs well to the colour of Malamore, like the artwork of a movie soundtrack. The lettering on the cover is significant too." The content of their DJ set, and the fact that Malamore is also the title of a 1982 Italian film and a word that describes an obsessive brand of unrequited love, are the keys to unlocking The Limiñanas, one of France's most beloved treasures, and their latest and greatest album, rooted in garage-punk but with the flair and range of a movie soundtrack: Serge Gainsbourg, meets Yé-Yé meets Phil Spector, the Nuggets compilations and early Stooges and Suicide albums meets the Sixties film genres of Commedia All'Italiana and French Nouveau Vague, while sounding only like The Limiñanas. "We integrate a lot of different influences," Marie and Lionel declare, "but most of the time, it's unconsciously, and very naïve." Malamore, like its 2013 predecessor Costa Blanca, is even structured like a soundtrack, "or a reading book record, like we had in our childhoods,' the couple explain. "With Malamore, we were thinking of Sixties Italian sketch movies: Dino Risi's Les Monstres [The Monsters] is a great example. The main idea is a story with a start and an end, which can be linked even if they exist in different universes. Everything here is about love stories - thwarted love, aborted passions, funny or dramatic.

But our album isn't directly related to the Italian movie, we just found the title adapted to our record, and the title alone sounded really good!" As usual, Marie is on drums and vocals, and Lionel on guitar, bass, keyboards and vocals, but Malamore also features a stable of guests. Their high school friend Guillaume Picard sings on four tracks; Nika Leeflang, who is part of The Limiñanas' live incarnation, and Sarah McCoy, also sing; Laurent Sales plays bouzouki; Nicolas Delseny plays some epic acid-fuzz guitar; Franck Mengin plays the 'Stoogie' drum on "Zippo"; Pascal Comelade (with whom The Limiñanas collaborated on the 2013 instrumental album Traité De Guitarres Triolectiques À L'usage Des Portugaises Ensablées) wrote, and plays INSTRUMENT on, the closing instrumental "The Train Creep A-Loopin'", which sounds exactly like it reads. But the most notable guest features on the duo's favouriteMalamore track, the hypnotic, dreamy "Garden Of Love": on bass and chorus vocals is none other than the legendary Peter Hook. "We are huge fans of Joy Division and New Order, and Peter completely transformed the song," Marie and Lionel say. "We are really proud of the song, and that he agreed to spare us a little bit of his time." There are other legends on Malamore, such as The Kingmen's garage classic "Louie Louie" (one of Lionel's all-time favourite singles) named in the hypnotic "The Dead Are Walking" and actors Robert Mitchum and Robert Duvall referenced in the pulsing title track:
"Our story needed two tough characters who were ready to fight, to take revenge on an flouted honour. Think of Duvall in The Godfather or Apocalypse Now, and Mitchum's psycho from Cape Fear or Night Of The Hunter!" Shifting from dramatic scene to scene, Malamore - just like The Limiñanas themselves - is a magnificently moody experience, music for the ears and the eyes, and quite unlike any other record you'll hear in 2016.