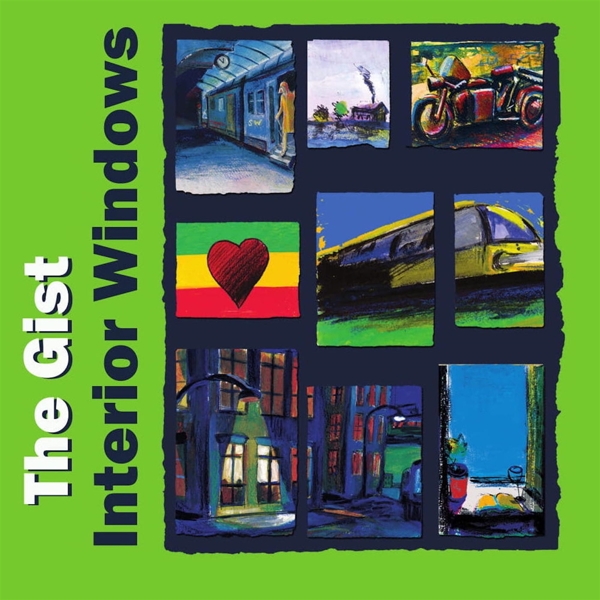 In the wake of Young Marble Giants' breakup, two camps were created, with Stuart Moxham taking the band's minimalist, geometric play to extremes and Alison Statton adding more warmth and feeling to the same basic template and creating something stunning but based in popular forms. Those two opposing - almost knee-jerk - means of forging new paths away from one of music's most astonishingly unique debuts both happened to include Stuart's brother - Alison's former boyfriend - Phil Moxham.

In recent years, both artists have almost reversed course, with Stuart proving himself an ace songwriter in classic pop form, and Alison's work again approaching a modern abstraction of quiet folk music - experimental but accessible. But that's another tale. Without a real template to guide him, Stuart's new form of music - as The Gist - was widely regarded as wildly uneven. Stuart admits that he didn't know which way to go, so in perverse style, he decided to take all directions at once. The Gist's original discography stood at a scant 18 songs, but only seven featured Stuart's own voice, often in heavily processed and oddly mixed form. So while The Gist's label, Rough Trade, had the widest array of unique voices in popular music, Stuart buried his own voice. Sales disappointed. The Gist were dropped. A decade later, starting with a critical reevaluation of The Gist's sole album, Embrace The Herd, in an issue of Mojo, the tide begin to turn. Ambience in pop music had enjoyed a cult following from Eno on, but the non-linear structure of many of The Gist's songs had certain parallels with the rise of artists such as Aphex Twin and Seefeel. One song from the era was covered by Etienne Daho in France. Sounding rather advanced for French pop at the time, it ended up selling over a million copies and was later covered by Lush and sampled by DJ Koze with Lambchop singer/songwriter Kurt Wagner. The Gist's story could have been different. Recent discovery of a trove of unreleased songs, versions and demos showed that Stuart had ample material on a par with his YMG work, sometimes in rough demo form, but often in five or six complete, entirely different arrangements.

With the 2017 album of unreleased material by The Gist, Holding Pattern, a new audience discovered the band and the release sold out quickly. Interior Windows adds 13 new performances or alternate versions to the band's catalogue, and does the service of finally making both sides of The Gist's first 7" 45 (recorded at the same session as the final YMG single) available again, along with their contribution to the Rough Trade / NME classic compilation C81, and in keeping with The Gist's tradition, at least one song on which Stuart does not appear.