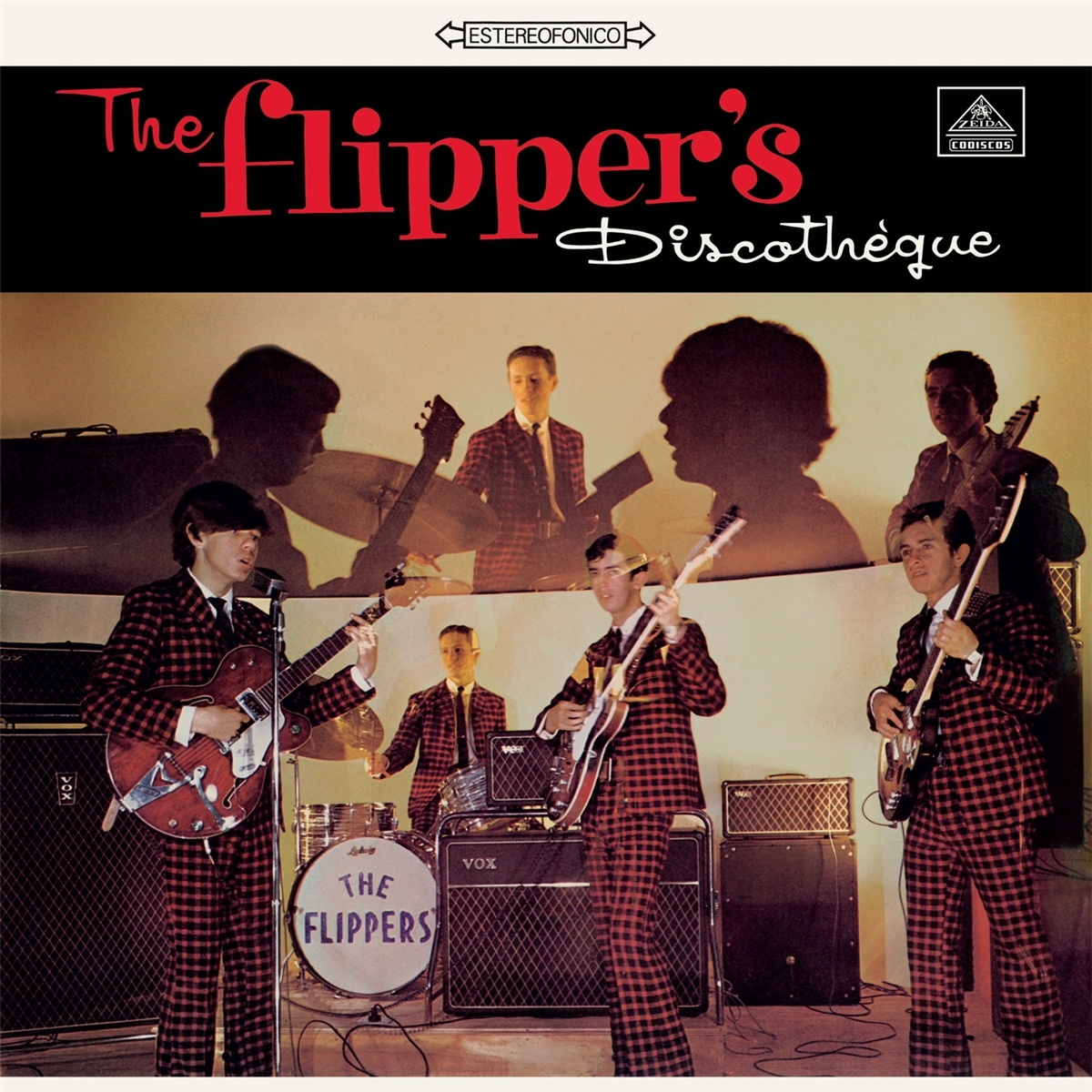 First facsimile reissue of the ultra rare 1966 debut LP by Colombia's The Flipper's. Don't be fooled by its title, this is a full-on garage masterpiece bursting with twangy, fuzzed-out and wailing guitars. Includes amazing covers (Yardbirds, Zombies, Larry Williams...) and equally brilliant original compositions. Don't let their elegant suits sported on the front cover confuse you: The Flippers were ambassadors of the British Invasion in their native Colombia, but the strength of Garage music, Surf instrumentals and Psychedelia quickly became their true hallmarks. They are, undoubtedly, one of the essential bands of Colombian rock, as also are The Speakers or Los Yetis.

We can easily imagine The Flipper's reigning on the hippest stages of Colombia in the late 60s, performing very rhythmic songs full of fuzzy and reverb infected guitars and fueling the audience's desire to dance wildly. Thats how things worked back then. In 1964 Arturo Astudillo and Carlos Martínez formed the student group The Thunderbirds in Bogotá. One year later, after the line-up was enlarged with Miguel Durier and Guillermo Acevedo, the group was renamed as The Flipper's after the American TV series »Flipper«. Medellín based label Codiscos signed them after publishing an EP with several versions of current hits and soon released their first album.

»Impromptu Jazz a Go Go«, the first song on »Discotheque«, their debut LP, already drops some leads about where the band's musical interests were in 1966, the year this album was published. The guitars quickly catch the listener with the characteristic dynamism of the dolphin that gave name to the group while they share the leadership of the song with an energetic and forceful drumming. It somehow anticipates other sensational instrumental cuts on the album such as »Dance to Go Go« or »Master Flipper« that give full meaning to the title of the LP.

There is also some room for the cover versions on this album: the timeless »Winchester Cathedral« or The Yardbirds top hit »Over Under Sideways Down« are translated into Spanish with greater or lesser fortune while classics such as »Route 66« retain their original lyrics and charming. The relationship with their record company would be extended to one more LP, »Psicodelicias«, while the style of the group was beginning to move towards more progressive sounds. In the mid 70s The Flipper's would dissolve temporarily to later continue for a short period of time in the early 80s.