The Flamin' Groovies: Long Way To Be Happy 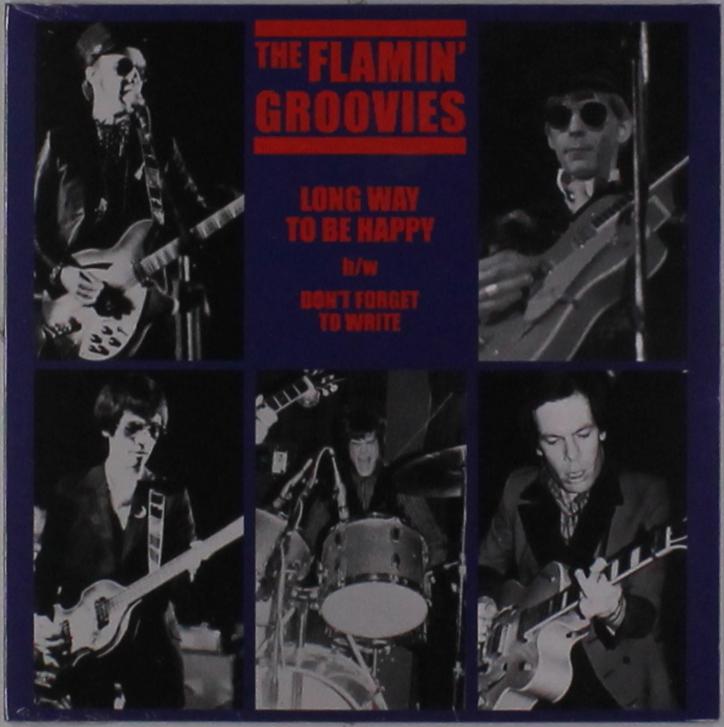 The Flamin' Groovies can trace their heritage back to San Francisco's Fillmore theatre playing support to the likes of Janice Joplin, The Doors, The Stooges and Jefferson Airplane amongst many others. Their stripped-down approach to rock and roll put them out of step with their contemporaries but that didn't stop them recording one the most enduring Bay Area albums of its day, »Teenage Head«. Mick Jagger said he preferred it to the Stones' »Sticky Fingers« - high praise indeed.

At the start of the 70s the band moved to the UK where they recorded the power pop classic »Shake Some Action«, which was followed up by a series of tours around the UK and across Europe to ecstatic audiences. Their headlining show at London's Roundhouse on 4th July 1976 introduced the UK to The Ramones, who were supporting. Also on the bill that night were The Stranglers. The band continued to plough their retro furrow, which took them to Australia and across Europe as well as back home the US. And against the odds The Flamin' Groovies are still up and running with a new album and a series of sell-out shows that have rocked audiences in Japan, France, Germany, Spain, Italy, the US and their second home, the UK.

To tie in with this resurgence of activity and interest two ost' tracks from the band's visit to LA's famed Gold Star Studios in 1981 have been dusted down and remastered. The songs were recorded in Studio B, the famed »Big room« used by Phil Spector, and showcase The Groovies love of classic 60s-tinged guitar pop.