The Distractions: Kindly Leave The Stage 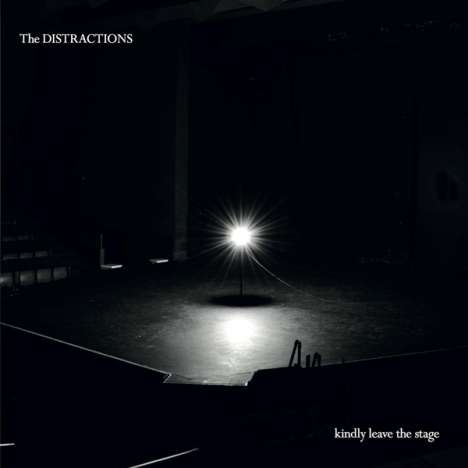 After achieving some sort of world record by leaving a 32-year gap between the release of their first and second albums – 1980's Nobody's Perfect and 2012's The End Of The Pier – The Distractions have spend things up and now, after a gap of less than five years, release their third (and final) album.

The story of The Distractions – from Manchester punk era legends to critically-rated pop geniuses to a quarter century of silence, and then a more -than-slight return with a 21st century album of grown-up, wise, elegiac guitar music – is also the story of Mike Finney, one of the great blue-eyed soul voices, and Steve Perrin, a guitarist whose sense of melody and lightness is the perfect counterfoil to Finney's emotional grit. Mike and Steve have been the core of The Distractions for 40 years – it's been a long, strange trip.