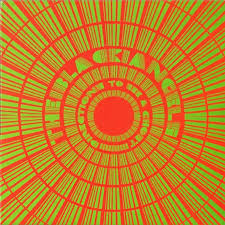 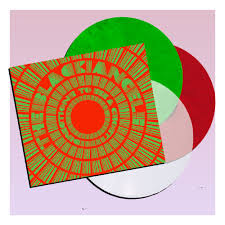 * Triple Gatefold Cover
Last time we met The Black Angels, they were staring into the desert sun somewhere outside of Austin, Texas. Two years later, night has fallen and the spirits have come out. It’s time for The Black Angels to provide »Directions On How To See A Ghost«.

If you’re familiar with »Passover«, the band’s 2006 debut, you’ll know that The Black Angels’s music alone is enough to invoke spirits. There’s a name for the band’s sound; they call it »hypno-drone ’n roll«. It’s the sound of long nights on peyote, of dreams of a new world order, and of half-invented memories of the seamy side of ’60s psychedelia.

While the Iraq war is still a major influence on the band’s lyrics, there are new forces at work here, including Eugene Zamyatin’s dystopian novel »We« and in Christian Bland’s words »psychic information from the past and future«. See, The Black Angels really are in contact with ghosts.