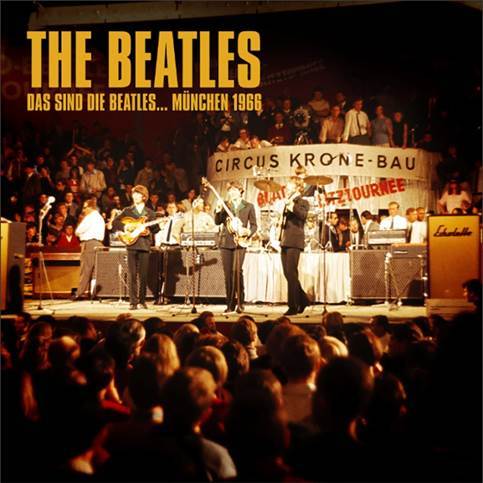 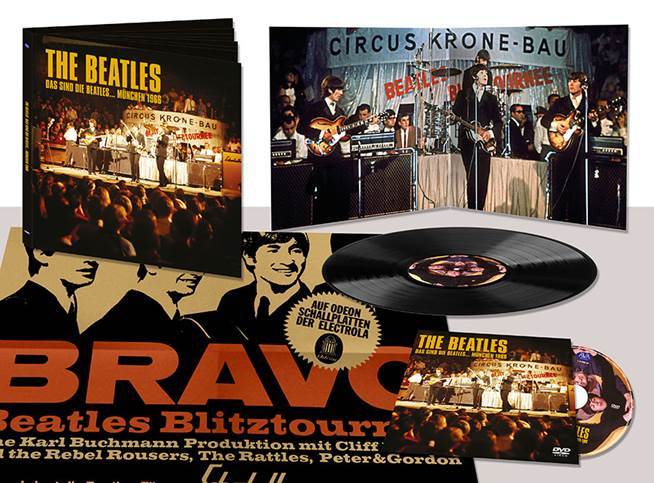 The Beatles performance at the Circus-Krone-Bau, Munich on the 24th June 1966, was one of their last live performances as the band had decided to stop touring and to turn their attention to recording in the studio, a decision which was to lead to the release of Sergeant Pepper the following year.

This stunning book pack contains a 10 inch record of the seven tracks broadcast by West German TV station network Zweites Deutsches Fernsehen, a reproduction of the original Blitztournee tour poster, a 32-page hand-numbered book full of previously unseen colour photographs, a 20-page reproduction of the original Bravo Magazine printed at the time of the gig as well as exclusive DVD footage of the Beatles and support acts Cliff Bennett and the Rebel Rousers, Peter and Gordon and the German band, the Rattles.

Also included are interviews and a transcript of a rather silly press conference with the Beatles, who were clearly not impressed by the quality of questions they were being asked! Whilst the audio may not be of soundboard quality, this unique artefact is a wonderful opportunity to own a unique slice of music history.