The Aristocrats: Freeze! Live In Europe 2020 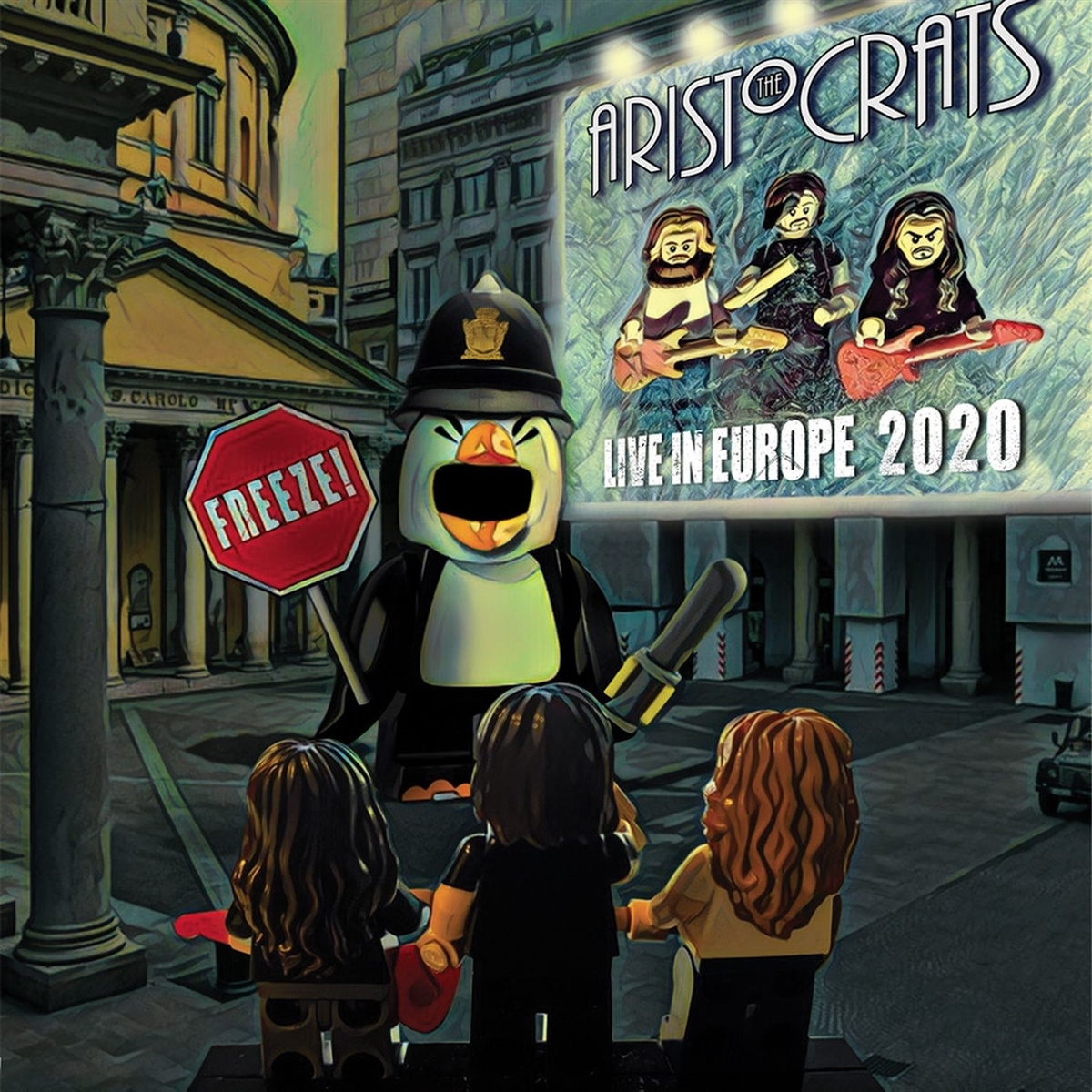 Featuring performances from across Spain in February 2020, just weeks before live music went on extended hiatus, the album leans heavily on debut live-recorded renditions of material from their most recent album, the critically acclaimed You Know What...?, which debuted at #2 on the Billboard Jazz Charts (U. S.)

"FREEZE! documents a particularly memorable period for the band so I think it's really fortunate that we were able to capture this musical 'snapshot'", says Govan. "After months of relentless gigging, the material from our latest studio recording had started to feel really natural for us and yet... somehow, there was still an unmistakable element of excitement and musical risk-taking every night." It also contains an epic version of the band's classic "Get It Like That", with a Minnemann drum solo dedicated to Rush's Neil Peart. "On tour, maybe one out of ten gigs fully pleases the band as a collective", says Minnemann. "But I believe that 'quality control' and giving 110% every night is the least we can do for us and especially our fans...this hand-picked selection of Aristocratic tunes I believe showcases the band as an oiled and locked machine, with both love and attention to detail, and playfulness and fun. Furthermore, Neil Peart sadly passed away during our European leg...I played my heart out for him every single night."

Beller concludes: "By February 2020 we were nearly 100 shows into the touring cycle, greased up and ready to go. But we had no way of knowing these would be the last shows we'd play for a while. So it's special for us to be able to share this frozen moment in time, which is what a live album truly is. It's also something to keep the flame burning for when we can let loose onstage once again. Because that's what we do best."