The Aquabats: Kooky Spooky...In Stereo! (Glow In The Dark Vinyl) 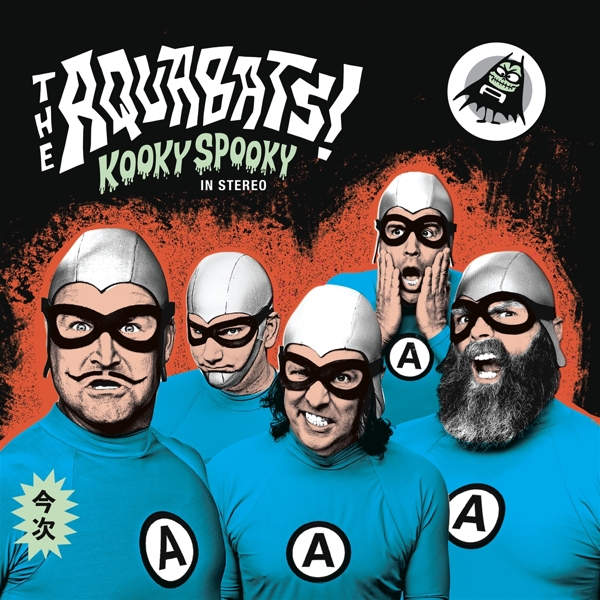 The Aquabats' 6th studio album since 2011! Kids, it's time to get spooked!! Kids, it's time to get spooked!! Kooky Spooky... in Stereo! is The Aquabats' 6th studio album, the first since 2011's High Five Soup! This energetic, eclectic album is prime Aquabats with all of the variety, quirk and fist-pumping rock you can handle! Take a walk on the weird side with songs like »Skeleton Inside!« and »No One Wants to Party!«, then jam to soon-to-be-classics like »Karate Body!« and »Dangerous Leon!« Crazy characters, maximum repeat listening and, yes, even horns... it's all there! Sales Points Hotly anticipated! Over 25 years of diehard fans and 10 years of waiting! Demanded by the fans!

Funded by a record-breaking crowdfunding campaign! Broad appeal! Originally punks from the OC, The Aquabats! have enjoyed a long career as rockers and kids' TV stars! With a diverse group of fans, folks who love Devo, The Cars, The Smiths, Reel Big Fish and Goldfinger also love The Aquabats! Christian Jacobs (lead singer of the Aquabats) also created Nickelodeon's hit musical children's TV series ''Yo Gabba Gabba!'' Tony Hawk, Drake Bell (of Nickelodeon's ''Drake & Josh''), El Hefe (NOFX) and others have posted in support of the record on their Instagram accounts.

The Aquabats
The Fury Of The Aquabats! (Expanded & Remastered)
CD
EUR 12,99*
alle anzeigen