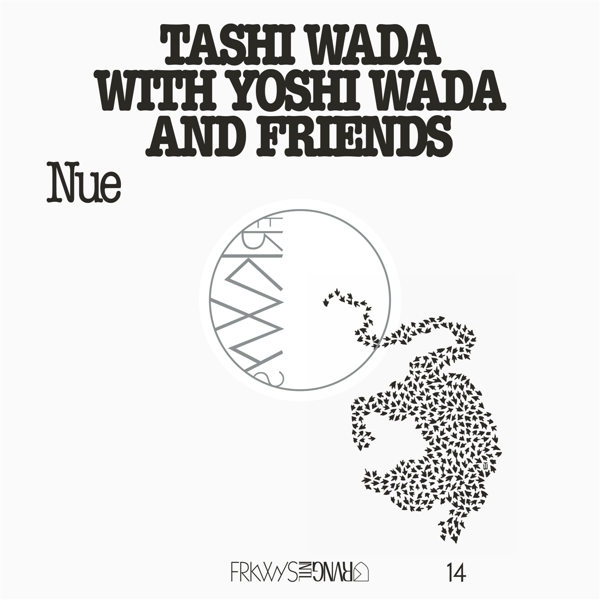 Composer Tashi Wada has performed for years with his father Yoshi Wada-artist, composer, and early member of the Fluxus movement. However, they have rarely appeared together in studio settings. Nue, the fourteenth entry in RVNG Intl. ›s intergenerational FRKWYS series, finally brings Tashi and Yoshi, along with an eclectic group of close friends and extended family, together on tape.

Nue draws on aspects of Tashi's background for his widest vision to date-among them the minimalist bagpipe music of Yoshi, who co-composed three of the tracks, the psychoacoustic and perceptual explorations of his mentor, composer James Tenney, and reimagined forms of ancient and devotional music. The album, however, is not a tribute to the past or a recapitulation of familiar sounds. Instead, Nue is an intertwining of people and ideas as a means of growing, of looking inward to move outward, and of looking back to move forward. To achieve this growth, Tashi assembled a core group of fellow travelers, including Yoshi, composer Julia Holter, producer Cole MGN, and percussionist Corey Fogel to give life to this multifaceted suite.

As an experience, Nue subtly navigates the interactions, intimacy and spaciousness of this group. The album's title itself is a nod to Tashi's abiding interest in duality and the unknown: nue is a mythological Japanese chimera with the face of a monkey, the legs of a tiger, and a snake for a tail, a composite form, at once disturbing and otherworldly. But, as the composer points out, nue is also French for naked-stripped of complexity, bare and exposed, but also raw and essential. From the doubling of tones - and the world of harmonic nuances such an action produces - to the rich interplay between individual musicians, all baring their own personalities and experiences through shared performance, Tashi's compositions allow space for these elements to join and grow. The multipartite creature that is an ensemble melds in the simplicity and purity of the music itself.