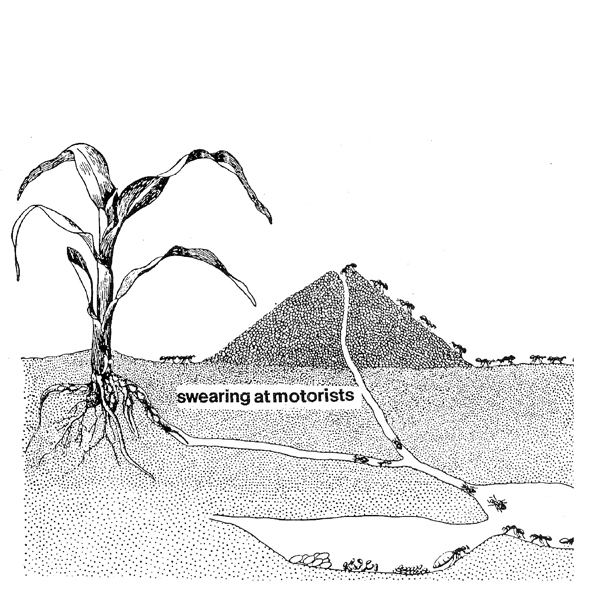 Originally self-released in 1995 on 100 cassettes, the long out of print self titled debut album, Swearing At Motorists, is reissued and released for the first time on vinyl. Album runs at just over 17 minutes, The reissue serves as insightful glimpse into the beginnings of the band, who have also just released their latest album, While Laughing, The Joker Tells The Truth. Swearing at Motorists has come a long way since its birth as a poster for a fake band in 1994.. The late '90s found S@M releasing a slew of 7" EPs on different labels, and after getting repeated plays from the BBC's John Peel and favourable press worldwide, the band landed a contract with the then new label Secretly Canadian. They released 2 EPs and 4 LPs on Secretly Canadian, including 2000’s Number Seven Uptown and 2002’s This Flag Signals Goodbye, both of which were named MOJO Magazine's »Underground Album of the Year« the years they were released.