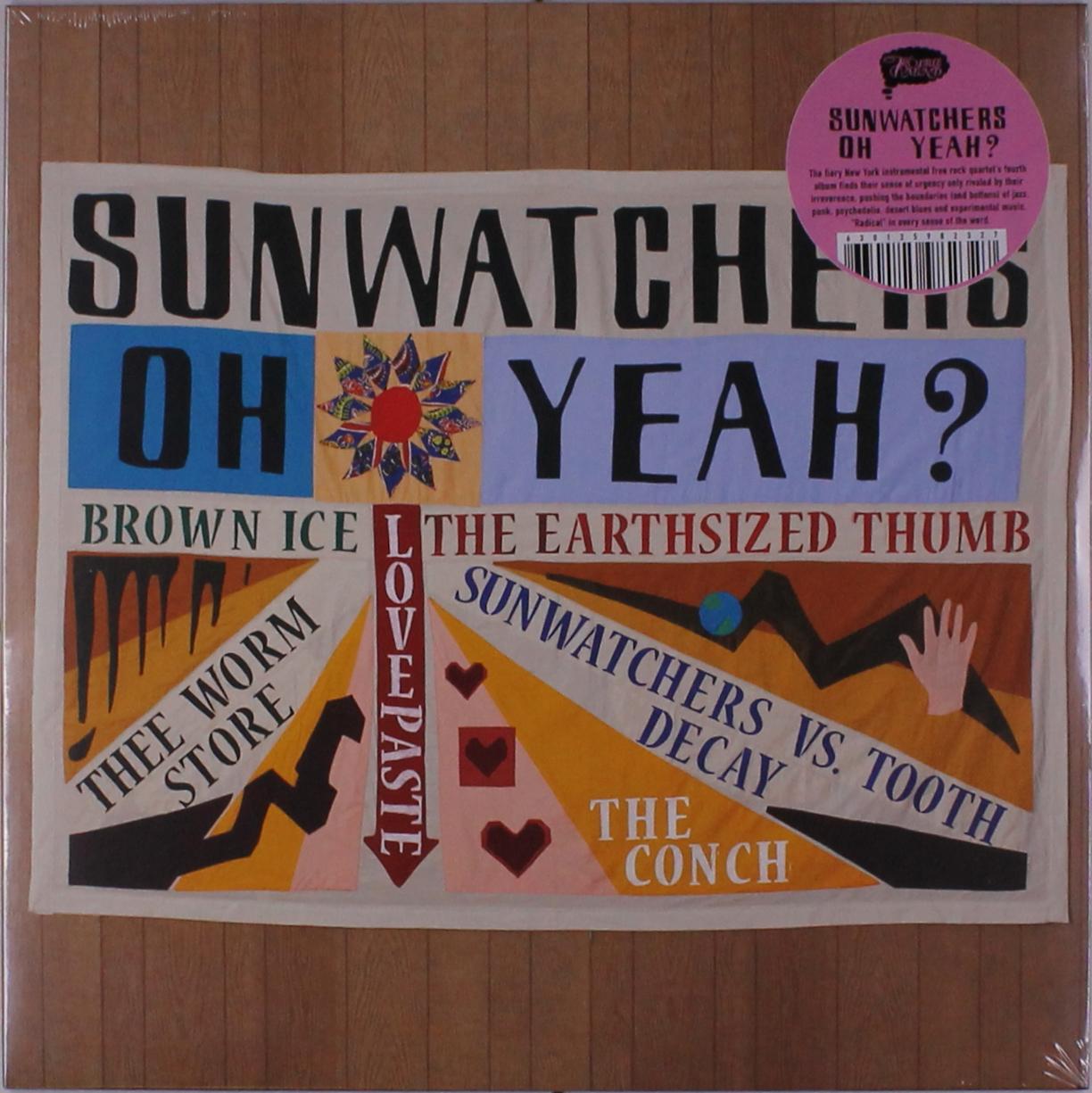 Sunwatchers are a New York-based ensemble (featuring current & former members of NYMPH, Dark Meat, Chris Forsyth's Solar Motel Band & Arthur Doyle's New Quiet Screamers) that blur the lines between avant-jazz, punk, psychedelia, Ethio-jazz and desert blues, creating joyous, chaotic, mystical elegies to modern sound. Their eponymous 2016 album was released on Castle Face Records in 2016, followed by their Trouble In Mind debut, "II" in 2018, and their third album "Illegal Moves" in 2019. Despite (perhaps) being the band's most accessible & melodic work to date, New York quartet Sunwatchers` fourth album arrives in a flurry of notes with the buzzing hum of Sunwatchers vs. Tooth Decay"; the title referencing a 1976 album featuring athlete and activist Muhammad Ali.

A cheeky nod to be sure, but laced with the utmost reverence. This attitude sums up Sunwatchers' aesthetic in a nutshell; the acknowledgement (typically via the band's irreverent song titles or album art) that the things in life we should take seriously are better faced and understood when disarmed by a wink or nudge. The band may cloak their fiery activism in a jester 's outfit, but it does nothing to dull the force of their attack. The one-two punch of "Love Paste" & "Brown Ice" hits next, with the former 's tender opening melody punctuated by exuberant "WOO!"s while the latter launches into an urgent, stuttering march that utilizes an effective musical wind-up and release, ratcheting up a ferocious intensity across its near six minute runtime. "Thee Worm Store" closes out the first side, beginning with a lumbering synth growl, until it picks up speed and ends as a frantic noisy free-for-all.

Side two strides forth with "The Conch", an obvious `Lord of The Flies' reference, and a delicious subversion of the idea of a "hero's anthem" weighted down by the trappings of tribalism. The album's showstopper however is "The Earthsized Thumb", the near twenty-minute closing track. Guitarist Jim McHugh lays down a hypnotic Saharan guitar melody as the rest of the band ushers themselves in one by one over the tune's distinct musical movements, a cosmic "Quick One" for all the heads perhaps? The album's title "Oh Yeah?" is at once an homage to Mingus, Thee Oh Sees' album "Help" (whose Brigid Dawson hand-sewed the tapestry adorning the album's front cover), and (naturally) the rallying cry of oolBrave himself - the Kool-Aid Man-as-Braveheart avatar the band adopted as their symbol.