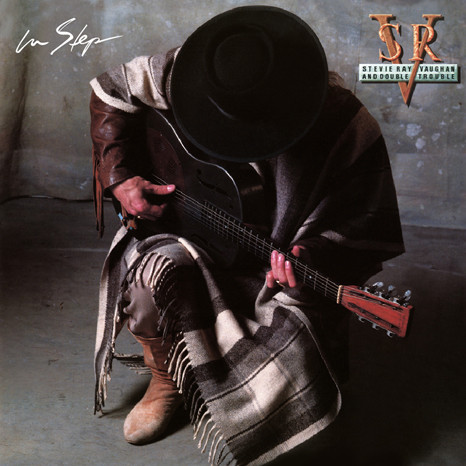 With his astonishingly accomplished guitar playing, Stevie Ray Vaughan ignited the blues revival of the ›80s. Vaughan drew equally from bluesmen like Albert King, Otis Rush and Hubert Sumlin and rock ‹n' roll players like Jimi Hendrix and Lonnie Mack, as well as the stray jazz guitarist like Kenny Burrell, developing a uniquely eclectic and fiery style that sounded like no other guitarist, regardless of genre.

On 1989's »In Step«, Vaughan found his own songwriting voice, blending blues, soul, and rock in unique ways, and writing with startling emotional honesty. Yes, there are a few covers, all well chosen, but the heart of the album rests in the songs he co-wrote with Doyle Bramhall, the man who penned the »Soul To Soul« highlight »Change It«. Fueled by a desire to make up for lost time and delight in his reawakened commitment to life and sobriety, Vaughan turned in what many consider his greatest artistic statement, an album ensconced in sweat, soul, determination, and not an ounce of filler.

»Travis Walk« offers a heady rush of flat-picking, »The House is Rockin'« is full-tilt roots-boogie, »Let Me Love You Baby« and »Leave My Girl Alone« are sweet blues epiphanies, and the nine-minute instrumental »Riviera Paradise« is a truly soulful mix of blues and jazz. By now, just a year before his untimely death, Vaughan had also tamed his bawling voice into a rich instrument. In short, this 1989 session is Vaughan at his artistic peak.

As we did with our vaunted box set reissues, »Texas Hurricane«, again Analogue Productions is bringing you the finest-sounding Stevie Ray Vaughan collections ever preserved on 200-gram vinyl. Ryan Smith at Sterling Sound cut the lacquers for the LPs using the ultimate VMS 80 cutting lathe. Gary Salstrom handled the plating and the vinyl was pressed of course at Quality Record Pressings. »In Step« remains one of the five greatest blues records of the past quarter century. There's not a link in this chain that wasn't absolute first-rate. The absolute best that money can buy. We're passionate about the blues AND Stevie Ray and the passion shows up here in spades.