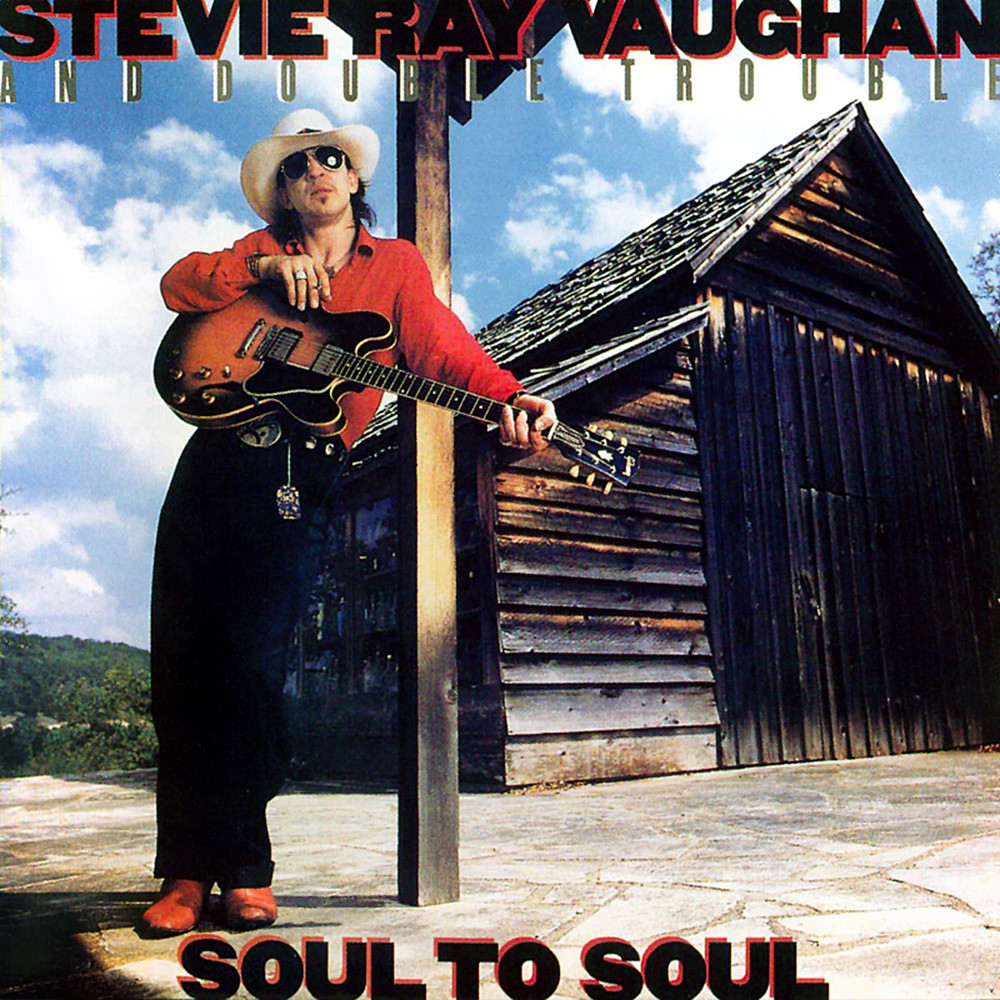 The 45rpm Analogue Productions reissue of Stevie Ray Vaughan's »Soul To Soul« is so good, as are its 45rpm companions — »Texas Flood« and »Couldn't Stand The Weather« — that they truly represent what Gregg Geller, producer and A&R representative described as »the best replication of the master tapes to date«.

We've already brought you the 33 1 / 3 RPM box set »Texas Hurricane« featuring the greatest Stevie Ray Vaughan tribute ever reissued — six of Vaughan's most classic album titles remastered for ultimate blues and guitar fanatics. We've now taken the extra step and done 45rpm versions of these three standout LPs. We've used the original 30 inches-per-second, half-inch analog master tapes for all of these albums. Ryan K. Smith at Sterling Sound cut the lacquers for the LPs using the ultimate VMS 80 cutting lathe. Gary Salstrom handled the plating and the vinyl was pressed of course at our Quality Record Pressings, maker of the world's finest-sounding LPs.

Stevie Ray Vaughan's myth making was already complete by the time that his third record in as many years was released in October 1985. But no one could have expected the artistic leaps and additional prowess the guitarist displays on »Soul To Soul«, a record on which Vaughan added a full-time keyboardist and saxophonist, and dug deep into his native state's musical well for soul, R&B and surf motifs. Vaughan wrote four of »Soul to Soul's« 10 tracks; two songs were released as singles. The album went to No. 34 on the Billboard 200 chart and the music video for »Change It« received regular rotation on MTV. There's not a link in this production chain that wasn't absolute first-rate. The absolute best that money can buy.

But beyond that we've poured our passion into this project. Acoustic Sounds is a big fan of the blues and Stevie Ray Vaughan. It's a big dream come true to work on this project and to make these records sound and look the best they ever have.