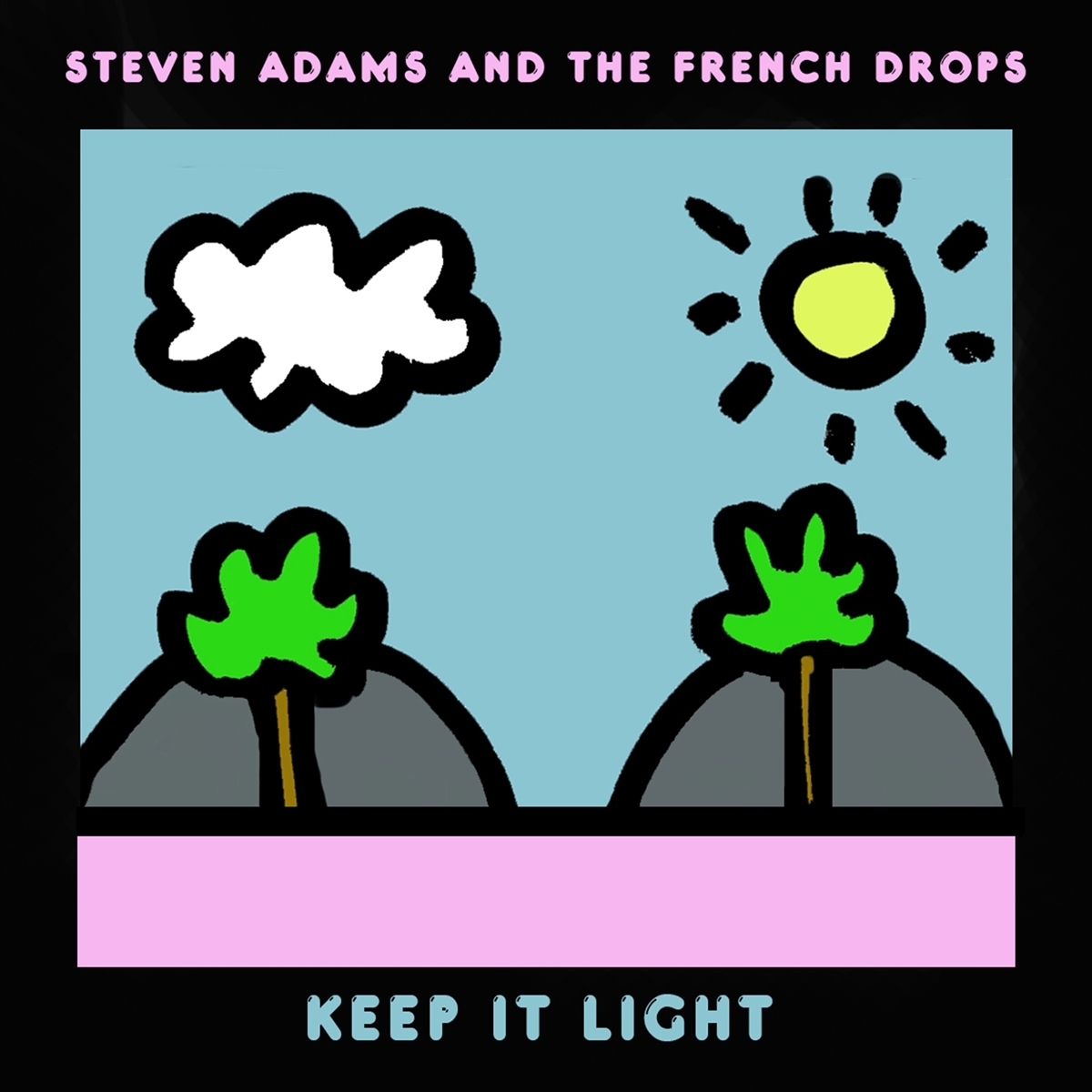 »Making this record was a joy«, says Steven Adams of his latest album with his band the French Drops. He even let the positive mood around the making of it influence its title. »I love making records but sometimes time, money, or people - including me - fuck up my enjoyment of the process. So this time I kept saying to myself ›keep it light‹ whenever I was making decisions.«

The buoyant and relaxed mood can be heard across the album in its gloriously skipping tones, as it traverses across indie, pop, alt-rock and more tender acoustic and folk-leaning moments. It's a craft that Adams has been honing for years as the lead figure in outfits such as The Broken Family Band and Singing Adams, so much so that by now it oozes out of him with a seamless grace. Adams' aim was clear with this record. »I wanted to make a super personal, light-hearted and upbeat record«, he says. »I wanted to do the whole write about what you know thing and keep it as light as possible.« The lightness of the album was a guiding principle but it wasn't a rule set in stone, as Adams soon found out the deeper he plunged into himself. »We had a running joke about how we were making an album called Keep it Light that is full of songs about racists and panic attacks and existential angst«, he says. »But it does you good to get that stuff out. Writing songs and making records keeps me sane.«

The album is one as full of joy and beauty as it is ink black humour and caustic revelation. On the gorgeous shuffle of »Oh Dear« - recalling the kind of stripped back beauty of Yo La Tengo at their finest - Adams sings: »and true love will not find you in the end.« A knowing nod and a wink to Daniel Johnston's earnest refrain that indeed true love will find you in the end. It's such moments that fill the album with equal parts weight and lightness, a smart touch delivered with a deft hand. Of the broad range of the album and its wide-spanning lyrical content Adams simply says: »the upbeat stuff is pretty upbeat and the darker stuff is pretty dark, but it's all still with some humour.« Perhaps the song that best encapsulates this split between the light and the dark and the funny and the personal is »My Brother, the Racist« a self explanatory song that skips along with an infectious groove as Adams sings about, well, his racist brother. It unfurls in an intimate manner that recalls the kind of deeply personal allure of Sun Kill Moon's Benji. »It's an awkward thing to sing about, but it was the right thing to do«, he reflects. »I've written about British racism before, but never this close to home.«

Recorded at Soup by Simon Trought and with band members Laurie Earle, Daniel Fordham, David Stewart and Michael Wood, this is the first time Adams has worked in such a harmonious and in sync way. »This is the first record I've made with the band all playing in one room, getting everything down at once«, he says. »We played live with all of us on the floor, and it came together really quickly. But we still gave ourselves time to experiment and do fun stuff all over it. This combination of allowing things to be light, not overstressing, the harmony of the group, and the seamless knack of Adams' songwriting has resulted in a truly special record.

»I'm usually sick of a record by the time it's mixed and I don't get much of a kick out of hearing my own stuff, but this one's different«, he says. »I know I sound like a wanker saying this but this is the best record I've ever made.«