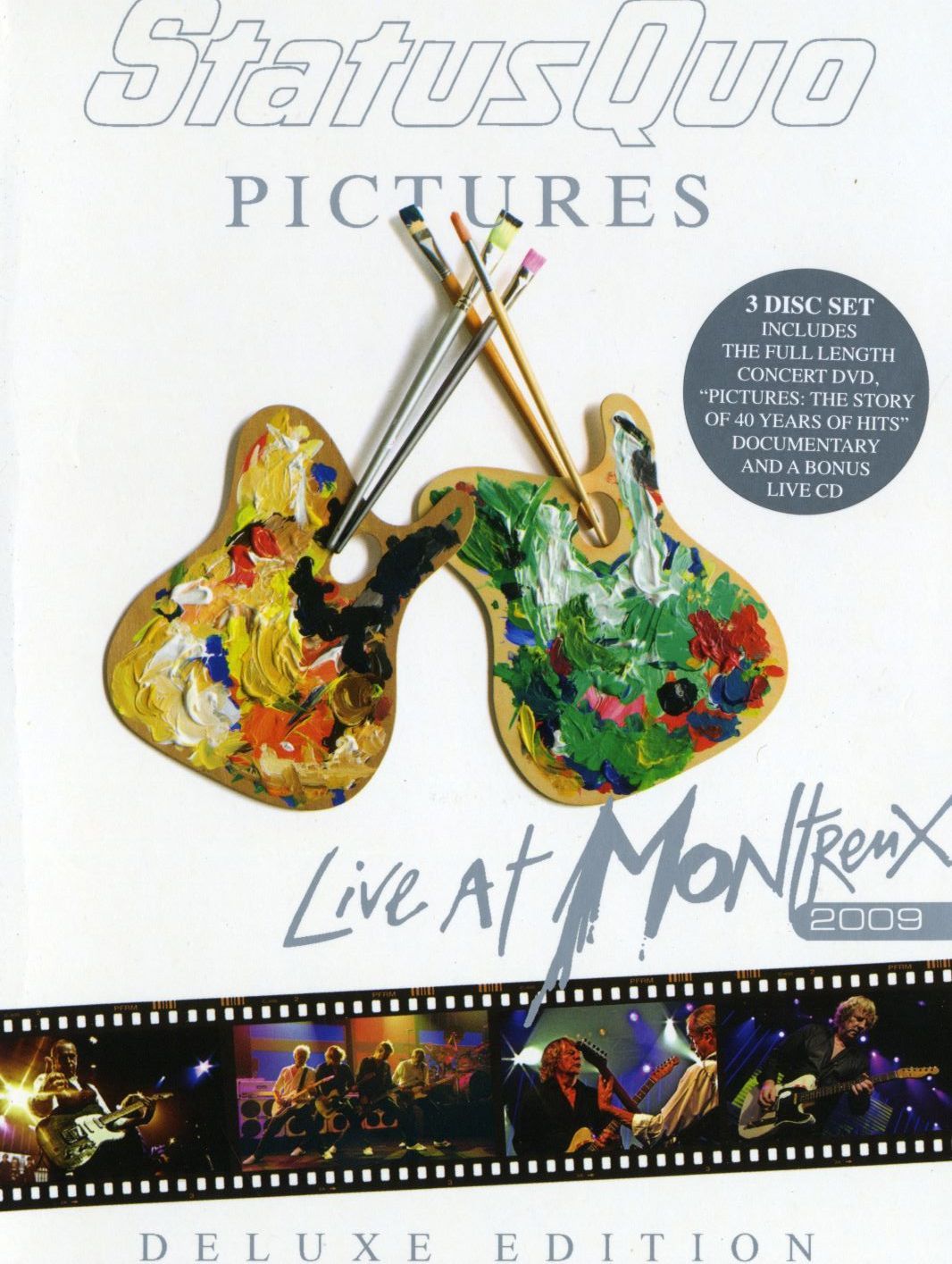 Status Quo’s album “Pictures” (released in November 2008) celebrated 40 years of Status Quo filling the UK charts with hit after hit. The album was an instant success, charting at No.8 and selling over a quarter of a million copies in the UK alone. In July 2009 the Pictures live tour landed at Montreux in Switzerland as part of the world famous festival. The band, led as always by the twin Telecasters of Francis Rossi & Rick Parfitt, delivered a blistering set of hits and classic tracks from across their career including no less than 18 UK Top 20 hits. Huge screens behind the stage illustrated high points from Quo’s career and the usually reserved Swiss crowd were rockin’ all over the Auditorium