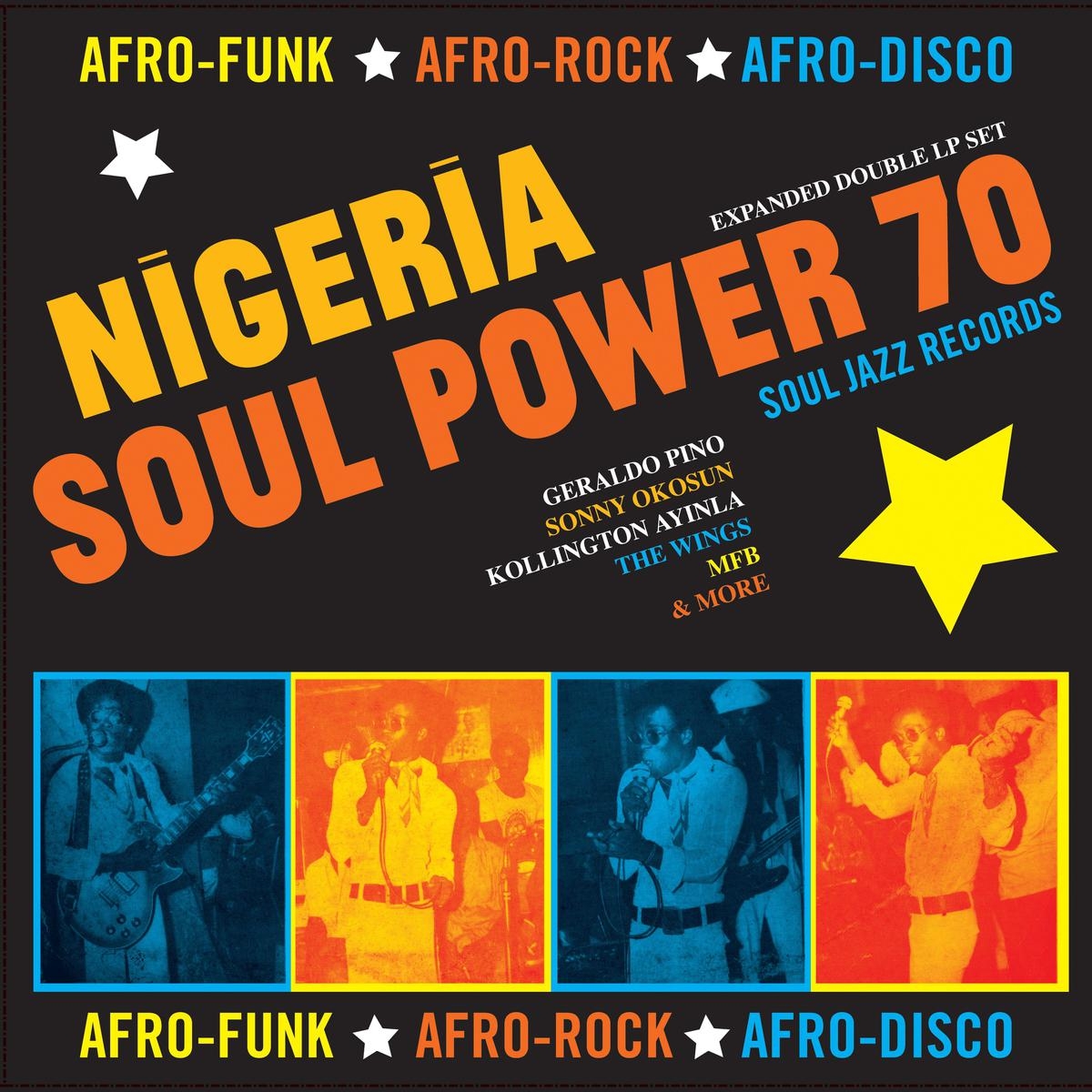 While for many people the fusion of funk and jazz music with Nigerian rhythms and aesthetics began with Fela Kuti and his afro-beat sound, in fact this can be traced further back to the phenomena of the 1960s Nigerian artists and house bands in nightclubs and hotels who interpreted US soul and pop music with a local flavour and none more so than Geraldo Pino, the »African James Brown« who features heavily in this collection. Other similarly inspired Nigerian funk and soul artists featured here included Tony Grey and his Ozimba Messengers and Don Bruce and The Angels.

Nigeria Soul Power 70 includes a number of tracks from the group Wings originally known as BAF (Biafran Air Force) Wings, an army band formed during the Biafran civil war in Nigeria. The groups' heavy mixture of funk, rock and African styles was popular among many Nigerian groups at the time.