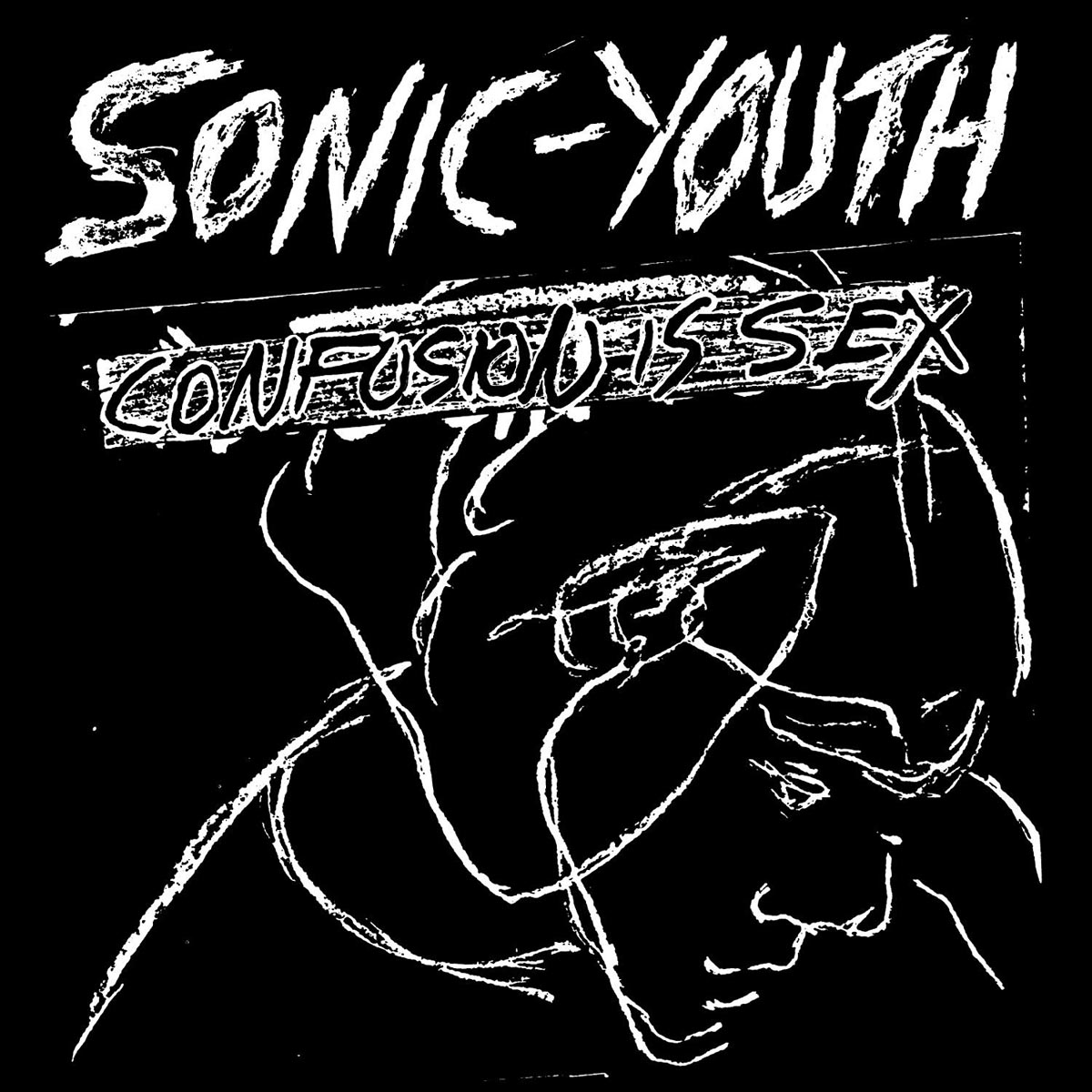 First complete Sonic Youth album is one of Thurston Moore's favorites. Includes live cover of The Stooges' »I Wanna Be Your Dog«. Vinyl includes digital download. Originally slated to be a 7» to follow up their self-titled debut, Sonic Youth's Confusion Is Sex blossomed into the band's first album: a brain-bludgeoning, completely fried endeavor of dissonance and disarray, a perfect soundtrack for running from a chain-wielding gang near the SIN Club.

This was the sound of 1983 New York City, nothing like the jangly roots of college radio rock starting to formulate in Athens, Georgia. It sounded like no one else on Earth, for that matter. The raw, Wharton Tiers 8-track production is dark, the Kim Gordon- scrawled cover figure art of Thurston Moore is dark, Lee Ranaldo's back cover photo-collage and Catherine Ceresole's crumpled-xeroxed images that adorned the inside are dark.

It's an album that moves Sonic Youth forward from their first EP almost by devolving backwards into true ugly, lo-fi primitivity. The bareboned arsenal of junkpile guitars and implementation of alternate tunings was growing, and so were the songs that matched the individual attributes of each instrument: certain ones groan and growl a specific way that the band started to realize itself could become the compositional germ of a song.

Herein is the threshold of a new explosion of the band's creativity, replacing the comparatively cleaner buzz of the Sonic Youth EP with guitars that spew fractured, uglier chunks of sound everywhere, held down by menacing minimalist basslines (actually played by Thurston on half of this LP, and for the only time ever on ›Protect Me You,‹ Lee) and the brutal-yet-controlled metronomic drumming of Jim Sclavunos, augmented with replacement drummer Bob Bert's notable bashing on ›Making the Nature Scene‹ and grotty no-fi live rendition of ›I Wanna Be Your Dog.‹ Hearing the crashedwindow intro of ›Inhuman‹ and subway-brake screech of ›The World Looks Red,‹ you can attest that while Sonic Youth's guitars are not quite yet being utilized in the totally controlled, lyrical fashion seen later on albums like Evol, Daydream Nation et al., they were well aware of the colors and tonalities that were unfolding and the possibilities presented.

Also, they were getting a grasp on adding colors to the chaos with tempered, simmering moments like Gordon's ›Shaking Hell‹ and Renaldo's chimy, home-taped ›Lee is Free.‹ ›Making the Nature Scene‹ and ›The World Looks Red‹ even toss in glints of hip-hop vocal approach way ahead of its time, albeit through a blender. While its confrontationalism might have put off some critics, time has rewarded Confusion with a truly distinctive air and atmosphere in the Sonic discography, enough to have Moore declare it his fave along with the band's swan-song The Eternal. Brian Turner, WFMU.