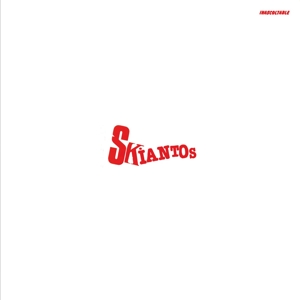 Inascoltable is the first album from Bolognese group Skiantos, the band that added a completely different flavor to the rock underground with their delirious performances and over the top lyrics.

Released through Oderso Rubini's Harpo's Bazaar label (later Italian Records) in 1977 on cassette format, the album was recorded in one night in November 1977 in a session that was almost improvised, and was later printed on LP in 1979.

This reissue from the original master does full justice to the insanely creative playing of the band fronted by Freak Antoni, who were true forerunners of demented rock and virtuous artists capable of colorfully interpreting all the non- standard rock movements from the British and American underground. This record wouldn't be out of place in the Zappa discography, although the whole turned out a little bit more punk...