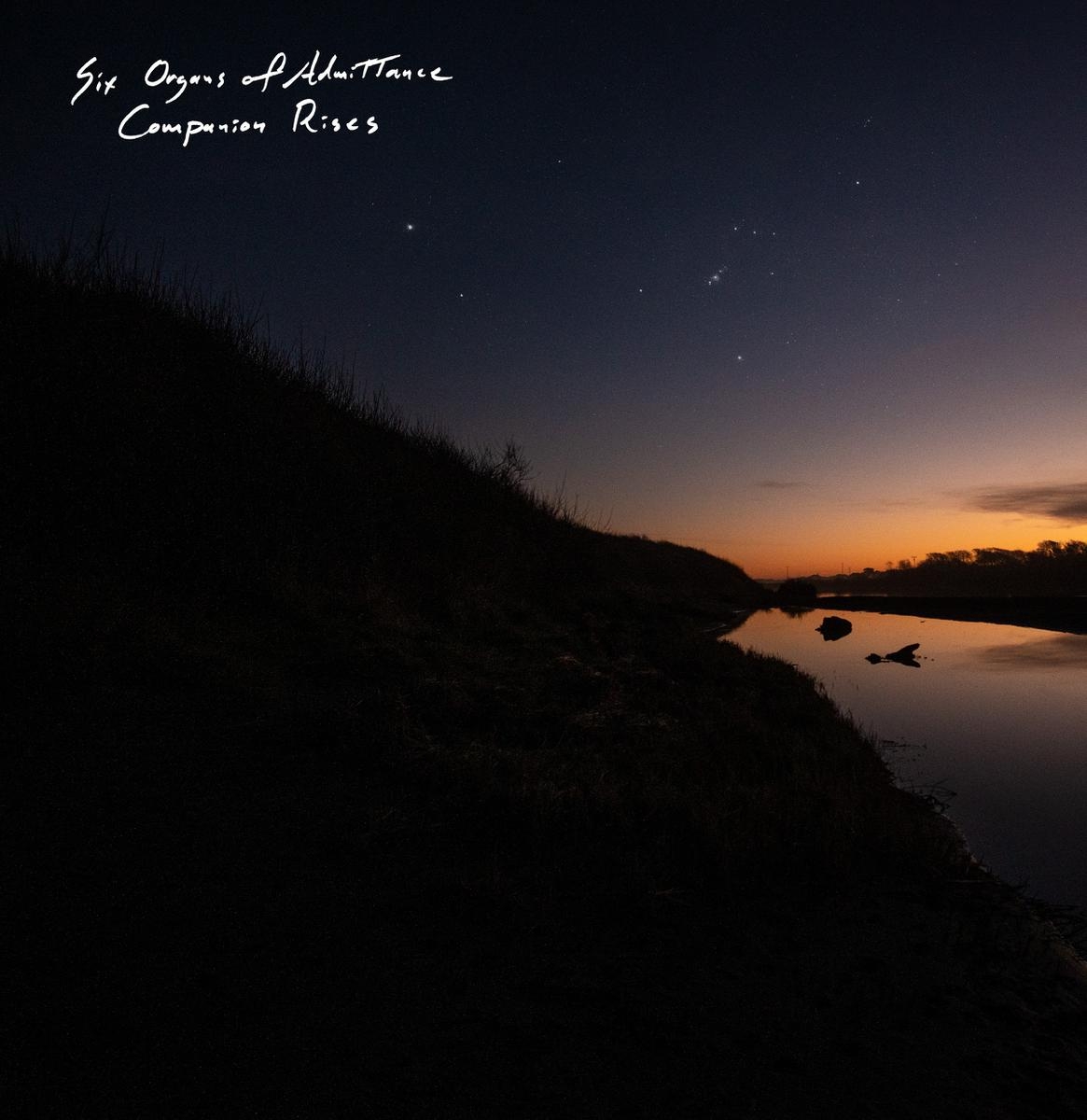 Six Organs of Admittance is back after 3 years with a new record, new techniques in sound generation, and a new attitude. Companion Rises has a driving force only hinted at with previous releases. Manipulating the rhythmic DNA from songs such as the bass-dominated »Taken by Ascent« (on his last record, Burning the Threshold), Ben Chasny has grown a new sound creature in his lab that is as welcoming as it is terrifying and as fun to listen to as it provocative and intriguing.

Methodologically, Companion Rises sometimes recalls the early-mid low-fi work of Six Organs, with modern techniques swapping digital processes in for the analog ways of the early days, and algorithmic programs creating the rhythms rather than Ben's overdubbed hand percussion.

Companion Rises plays like a mutant joining of avant and good-time forces, as if Faust produced The Revolution instead of Prince, or This Heat recorded on top of Amon DüüI's classic »Paramechanical World«, but left a few of the original tracks to bleed through.

With Companion Rises, Ben has created a Sci-Folk record that feels totally in the right place welcoming in the new decade.

Mehr von Six Organs Of A...