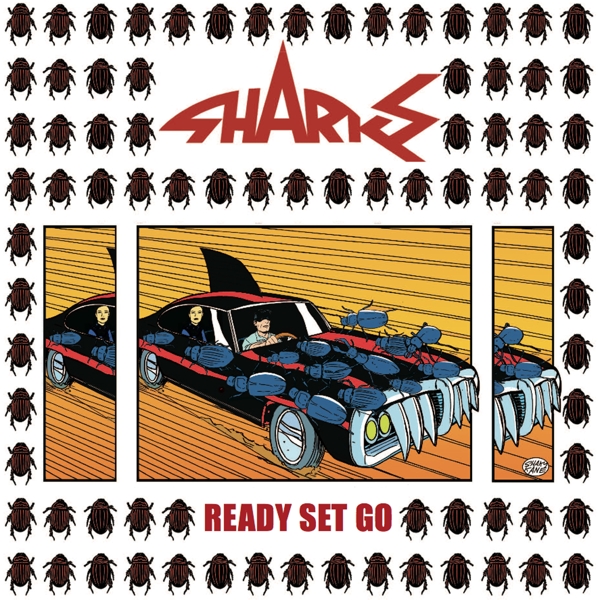 *** Digipack
Originally formed in late 1972 by bassist Andy Fraser upon his departure from Free, Sharks had a flying start with record deals, money and even a muscle car with teeth and a fin on the roof. When the car got wrapped around a tree, the good times were over and the band folded.

Coming back together for some tribute shows after Fraser's death in 2015, it became obvious that the magic was still there. Sharks continue to defy the rigors of time and stare down the demons of failure.

If their 2017 album ›Killers of The Deep‹ was a pleasant surprise blasting out of the distant past, then ›Ready Set Go‹, with thirteen hot tunes and outstanding cover art by Shaky Kane, is a sheer delight.