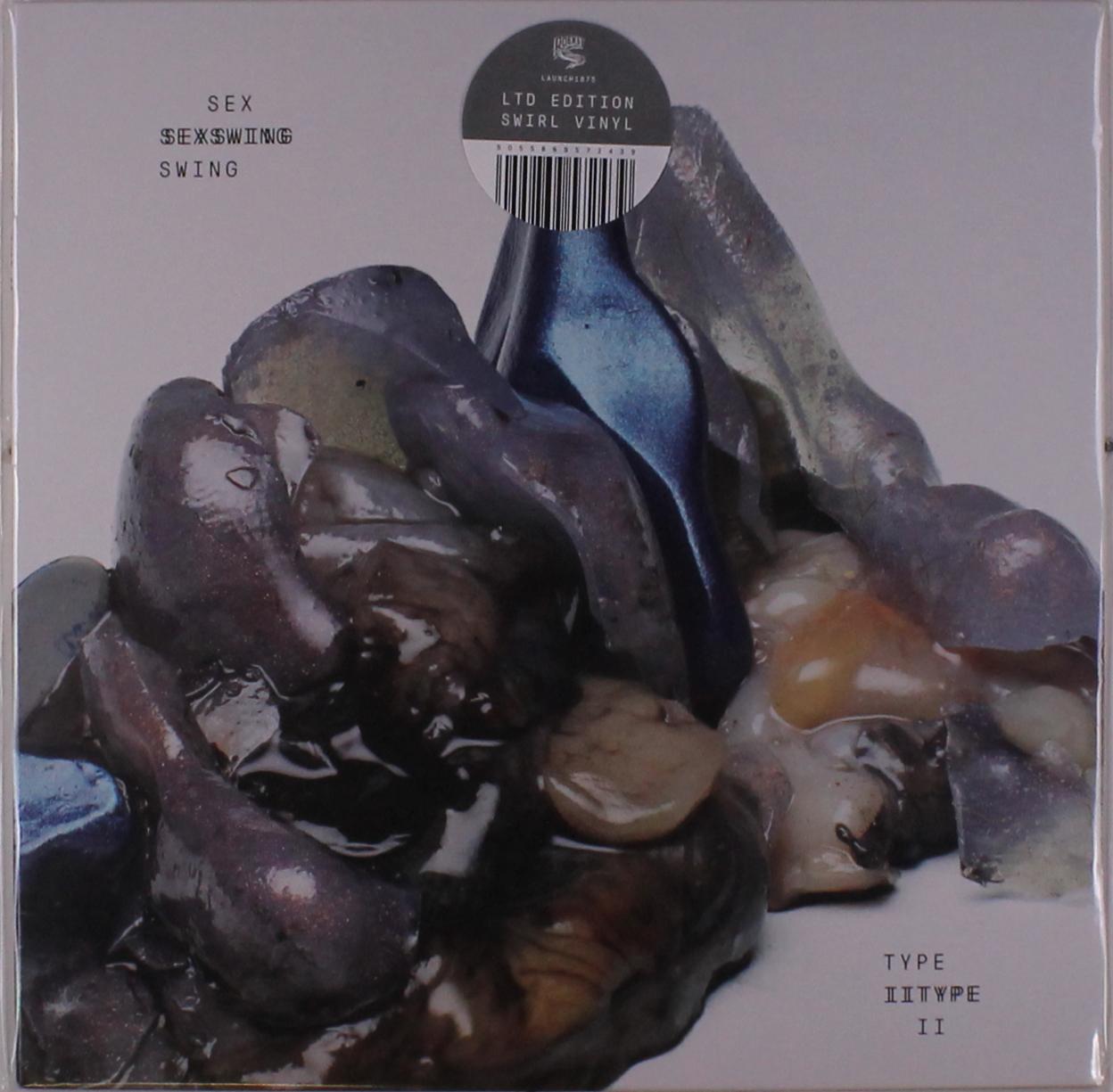 Since their foundation in 2014, this malevolent rogues gallery of luminaries of the UK underground have consistently proven to be capable of projecting vibrations that transcend and usurp any idea of the sum of their component parts. It is true that they've clocked up notable experience sparking tinnitus with everyone from Mugstar and Bonnacons Of Doom (bassist Jason Stoll) to Dethscalator (vocalist Dan Chandler and drummer Stuart Bell) and from Earth (guitarist Jodie Cox, who also introduced keyboard player Ollie Knowles to the melee) to a dizzying variety of endeavours from the paint-stripping skronk of Dead Neanderthals to the righteous ire of Idles (all via saxophonist Colin Webster).

Yet Sex Swing represents less a group of disparate musicians pooling their resources, and more a peculiar spark of collective chemistry, with all forces gravitating towards the pursuit of the same dissolute and mysterious goal. »Type II« is that goal reached in effortless style and amplified to intimidating aural vistas. This mighty monument of swagger and malice also sees fit to add a certain amount of glitter to the trademark gri t this time around. Just as the artwork from long-term collaborator Alex Bunn boasts a luminous sheen absent from the unsettling abjection of the sleeve of their 2016 debut, so the rolling grooves and mantric hypnosis here boast a new-found structure and a feline sleekness fresh and unusual for this pugilistic outfit. Nonetheless, this remains a band fundamentally obsessed with the expression of decadence and wrongdoing through the mediums of repetition and overloaded frequencies.

»Type II« is more than the mere machinations of a rock band - it's a howl of malfunction rendered terrifyingly visceral. It's the lightning flash and unearthly roar of the primeval battle between Godzilla and Mechagodzilla that provokes awe and disquiet in the realm of fantasy, It's the haunted clangour of the faullty air conditioning unit that lurks in the anonymous office building yet lends it eerie ambience. It's man vs machine where discord becomes harmony, and it's a fearsomely invigorating spectacle to behold.