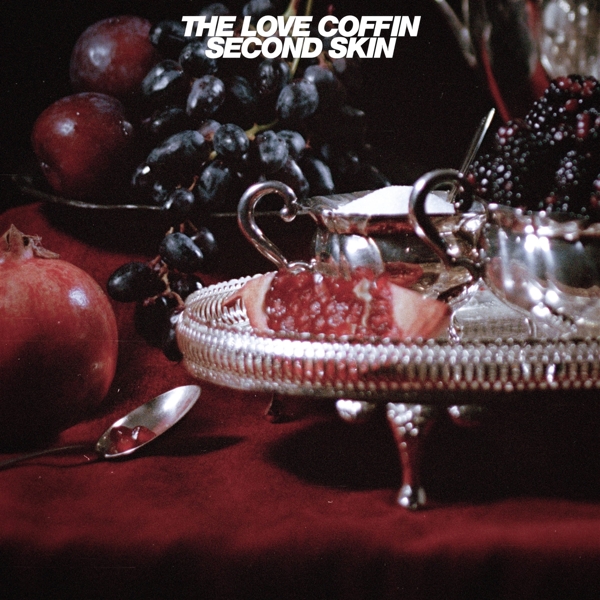 In the past couple of years Copenhagen-based five-piece group, The Love Coffin, has established themselves as one of the most noteworthy and potent acts on the Danish rock scene. The debut album Cloudlands from 2018 showcased their potential and with their new album dubbed Second Skin due for release, the band sounds like they are ready to take everything to a new level.

Second Skin is produced by the band's guitar player Kristian Alexander Pedersen and English producer Guy Fixen whose prior work includes collaborations with Pixies, Stereolab, Breeders and Slowdive as well as releases on legendary record labels such as Creation, 4AD and Beggars Banquet. Guy Fixen spent a few weeks in Copenhagen working in the studio which turned out to be a wise move as the new songs are shining brightly and sounds better than ever before. The Love Coffin has a unique sound that captivates the listener with enticing intensity and contagious energy.

The 10 songs included on Second Skin are quite diverse ranging from the sonic blast of "Seasick" to the haunting opening song "Stripped Down" while "A Shrinking Thing" is melodic and optimistic. But the most remarkable thing about the band is Jonatan K. Magnussen's wildly intimate, volcanic vocals and the cinematic expansiveness of the sonic imagery his bandmates conjure around him.

One of The Love Coffin's main assets has always been their passion. That has been proven numerous times at their acclaimed live shows and the very same intensity and nerve can be heard on Second Skin, where the band also discovers new sides of themselves. The Love Coffin is Jonatan K. Magnussen on vocals and guitar, Kristian Alexander Pedersen on guitar, Lasse Christiansen on keys, violin and guitar, Tue Einar Bakfeldt Fly on bass and Alexander Vitus on drums.