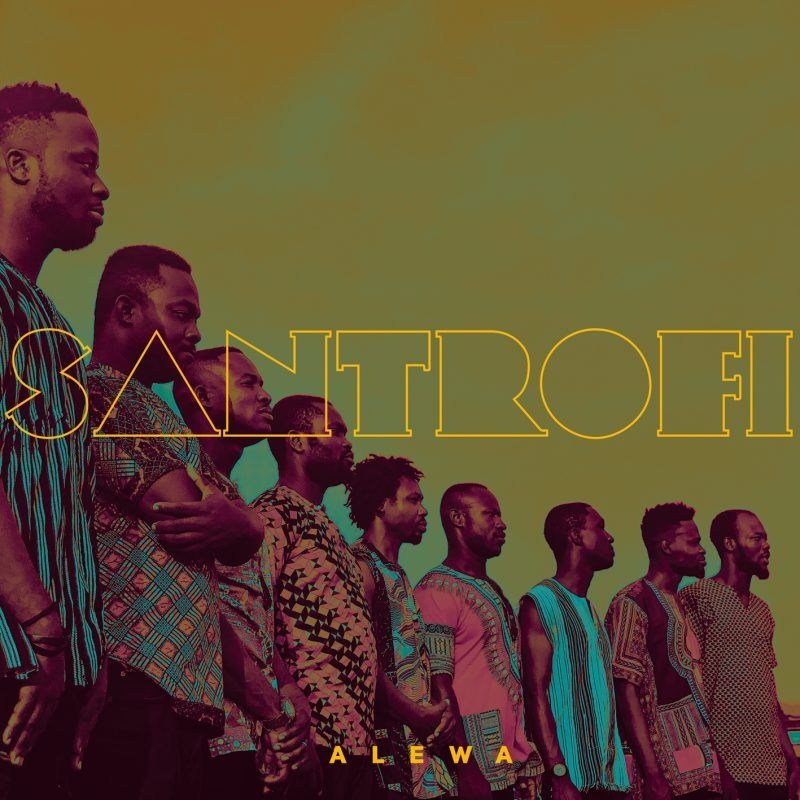 Even without an album out: they have already set the world on fire freaking out audiences all over Europe on their 2019 summer festival tour including Sines in Portugal, WOMAD in UK, Roskilde and WOMEX in Tampere. This young allstar band from Ghana brims with gifted musicians and energy on stage. The 8 piece collective is made up of a young generation of awarded musicians who have backed anyone in Ghana from Azonto sensation Sarkodie to Nigerian superstar 2 Face Idibia, but their passion isn't local pop but Highlife. And their mission is to bring it back; not only to the world but also to Ghana, where the young generation has forgotten all about this great music.

Santrofi's debut album Alewa now brings you a new wave of fresh highlife rooted in the past with a knowledge of the future directly from the streets of Accra. Santrofi was founded by bassist and producer Emmanuel Ofori who rose from the source having played with Ebo Taylor, Pat Thomas and Kwashibu Area Band and has now formed his own band collective: Santrofi. The 8 musicians are deeply rooted in vintage Ghanaian highlife music in all its forms.

The influences range from the riveting fast-paced pulse of 70s dance-guitar highlife, or the other-worldly sound of Highlife funk to the polyrhythmic beats and melodies that took Afrobeat across the globe. The members have toured the world with legends like Ebo Taylor, Pat Thomas, Gyedu Blay Ambolley, Osibisa, George Darko and many, many others. They have learnt from the masters and are now ready to take highlife into the future.