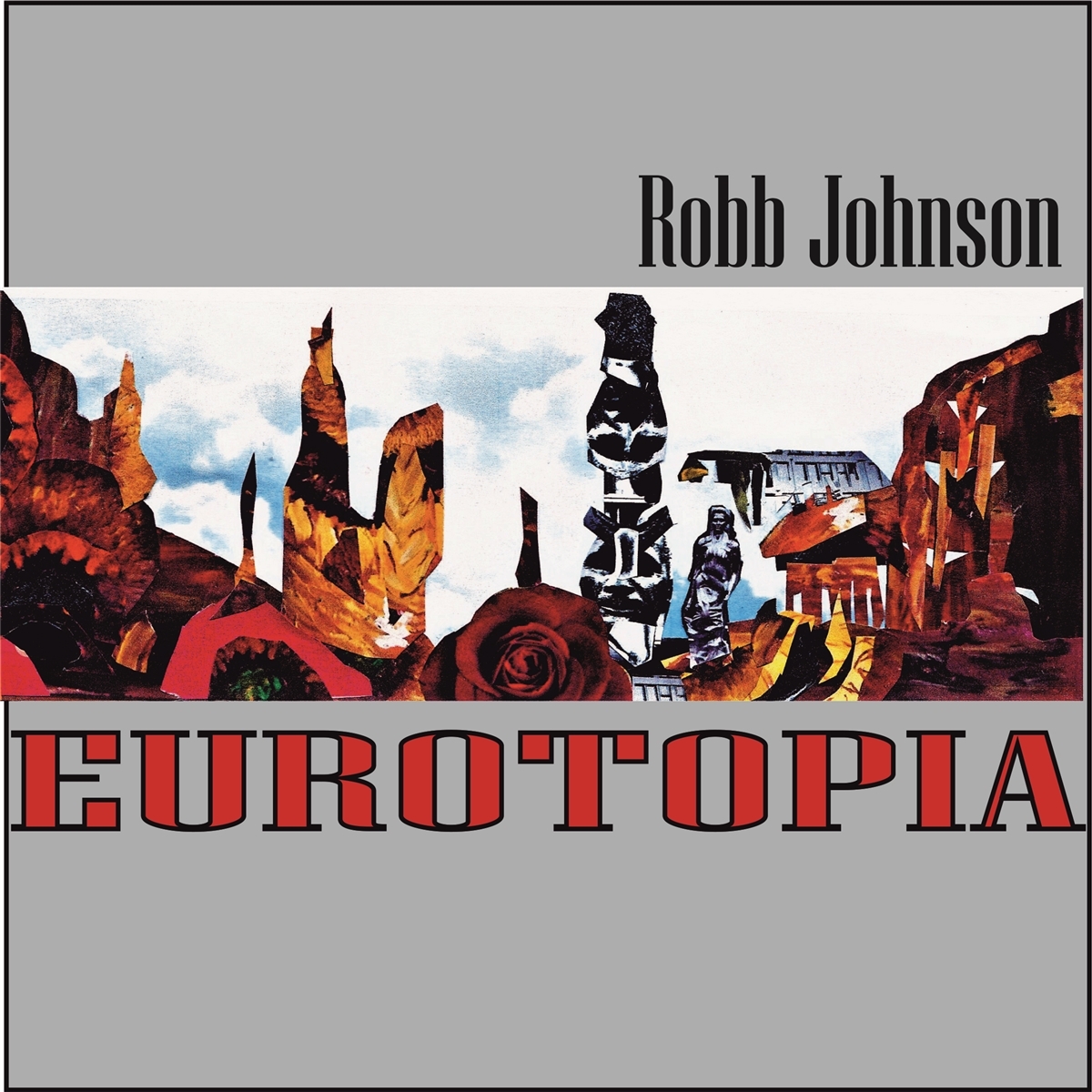 After last year's highly praised 3 CD song suite Ordinary Giants, Robb Johnson's next release will be a vinyl album & a CD album both called Eurotopia. Europe has dominated the discourse of UK political life over the last four years. The songs on these two albums, written in Europe between January 2015 & July 2019, located between places like Porlock, Paris, Prague, Lemnos & Stalingrad.

The vinyl version consists of 9 songs, where Robb's voice & guitar are accompanied by the breathtaking vocals of singer Fae Simon. The 13 songs on the CD version are recorded with the band The Irregulars, who on this recording consist of Robb's long-standing rhythm section John Forrester (bass) & Arvin Johnson (drums & percussion), augmented by occasional Irregulars Jenny Carr (piano) & Linz Maesterosa (clarinet, flute & saxophone), plus Louise Michelle Shearer (tuba), Elona Hoover (cello) & Bethan Prosser (violin), & Fae Simon (vocals). Whether it's the direct pared-down performances of the vinyl version or the collective magic created by the musicians on the CD, these are surely some of the finest, most assured recordings Robb has produced to date. Only 4 songs appear on both albums (including Robb's most direct reference to Brexit »My Last Night in Montmartre«, & the epic »Welcome to the Museum«), but in suitably different versions. If you were to wonder why Robb is releasing 2 different albums with the same name in different formats he would probably reply »because with Irregular Records we do whatever we like, & at Irregular Records we like art that doesn't merely aspire to conformity.« Robb Johnson is now widely recognised as one of the finest songwriters working in the UK today.