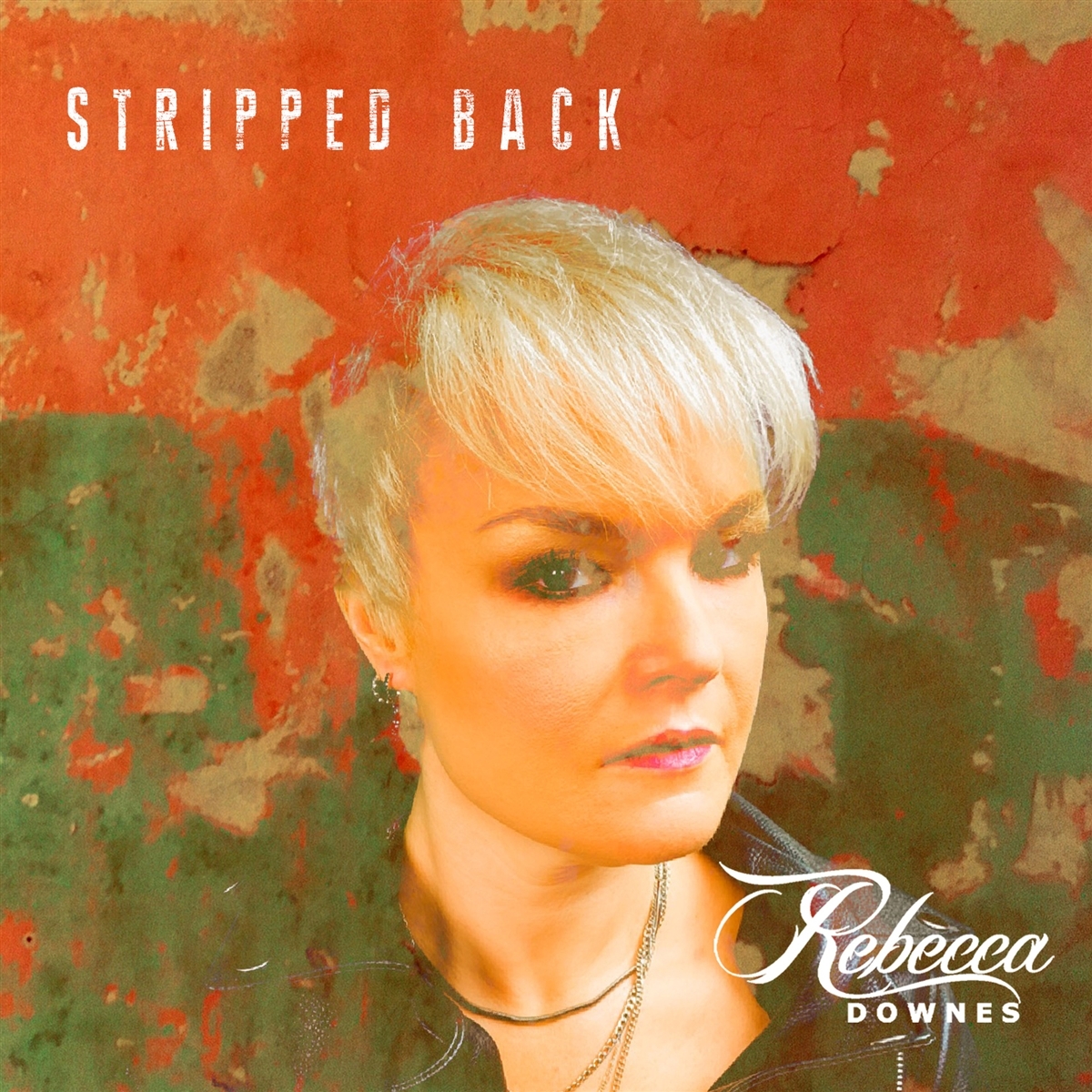 Following up on her critically acclaimed third studio album More Sinner Than Saint, the Black Country's Rebecca Downes announces the release of her fourth studio album, Stripped Back, on her own label, Mad Hat Records. Lockdown has hit the music industry hard and at the time of writing there is no clear horizon for a return to the situation pre-pandemic. Rebecca performed a storming set at Planet Rock's Winters End on 1 March 2020 but since then, like many others, she has been limited to online streamed gigs, mostly from home, (although the full band did manage a superb show at the excellent Birmingham Streams venue).

Without the prospect of a tour to promote it, a full new studio album had to be put on hold, but Rebecca and co-writer Steve saw an opportunity to use the time to revisit and reimagine some of their most popular tracks. The result is Stripped Back, a new studio album that includes a fascinating re-working of six tracks from More Sinner Than Saint and four from the second studio album Believe. Steve and Rebecca are prolific songwriters and in the aftermath of More Sinner Than Saint they had over 20 songs that had not made the cut for that album, most because they simply did not 'fit'.

The feel and mood of Stripped Back created the scope to include two of these previously unreleased tracks, so Blues For Us (to be released as a single on 12 March 2021) and Washing All Over My Heart make their deserved debuts here. And lockdown presented the opportunity for a different approach to the recording process. Steve, a talented multi-instrumentalist, undertook the vast bulk of the playing and recording, as well as the arrangement, production and engineering.

The musicians who make up the gigging band - Neil Ablard, Nigel Darvill, Aiden Goldstraw and Vince Yarrington - contributed 'remotely' to the track Hurts, but the rest of the music is Steve's. And, keeping it in the family, the album was mixed and mastered by his son, Steve Birkett Jnr. Even three of the images that are used on the album artwork were shot remotely by Adam Kennedy (the fourth is by Rebecca herself). The end product is a laid-back, yet vibrant album that shows a range and depth to Rebecca's voice that will be a surprise to those not familiar with all her work whilst at the same time showing off the full scope of Steve's instrumental and vocal skills.

All-in-all it shows that lockdown did not mean 'freeze frame' to this talented duo. Rebecca said: "Once it was clear that gigging was some months away, we spoke and agreed that it was the opportunity to do bring this project forward and get on with it. Then when the first lockdown eased, we did some duo online gigs and that convinced us even more that there was real scope to present these numbers in a new and exciting way that would appeal to our supporters. And I'm over the moon that the two new tracks can be released at last. I have always really loved them, but I couldn't see how they would ever fit on one of our normal blues / rock albums." Steve said: "It has been a real labour of love for me to re-work and hone these tracks. It has also shown that we have the skills to take the music all the way from conception to release, and as independent musicians that is a really helpful capability. Like Rebecca, I'm really pleased that we now have an outlet for the two previously unreleased tracks. All round, it's great that something so good has come out of an otherwise pretty dismal period for everyone."

With gigging still an uncertain prospect, Rebecca will be working hard to present Stripped Back online, but with a number of gigs on the books just waiting for the 'all clear', she will be back out on stage just as soon as it is possible. And in the meantime, work on new material continues with an eye to an album of new original material later this year or early 2022.