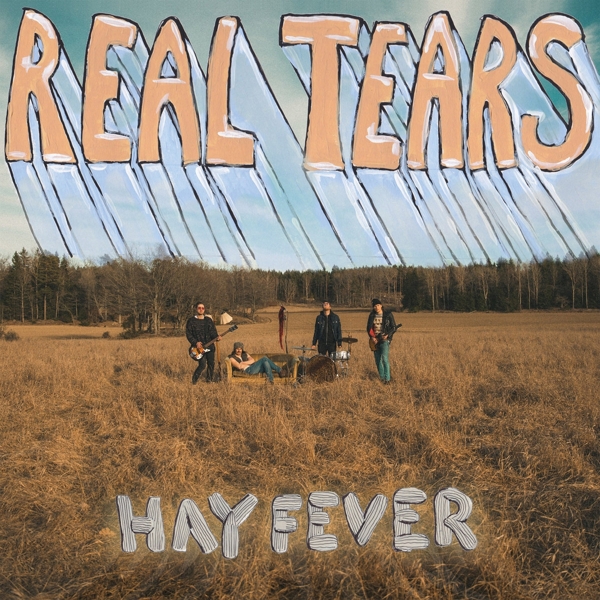 To cast our modern KNACK, we had to shovel snow for a year to dig out this four dudes in arctica. Borrow some SATOR rock guitars, make them pick up their bus ticket of Impo & the Tents to pop cul-de-sac, stitch some thrift store RED KROSS look-a-like jeans and and ask some music early semesters out-goofing NOBUNNY songs. Here are the Real Tears! Viking helmets filled with tax-free beer from the night ferry, ready to conquer the squats. Thirteen underton-y shivery punk rock pills, twelve songs clocking in below two minutes. This is far away from retro perfection, this is the loud & fast teenage rock failure! They will be the first playing on the backside of the moon right after their Japanese Tour, no bluff! Their »Douchebag, party now!« credo is remedy for every level of post punk affliction and procrastination known to man. After their self-released winter season album »Too Cool to Rock« their dry season album »Hay Fever« will be big with the raking kids of Finland! It will rain all summer!