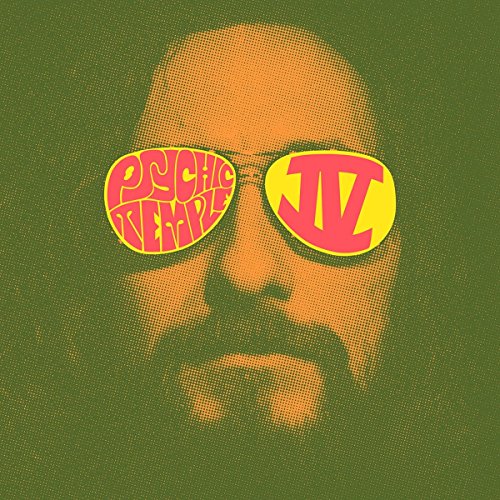 Records like Psychic Temple IV aren't made anymore. Maybe they never were. There is a magic present that some mistake for »tubes« or »tape« but it's no more complicated than putting the right musicians together with the right songs.

Produced and composed by band/cult leader Chris Schlarb, Psychic Temple IV was recorded in Los Angeles over a series of eight large scale sessions. In the spirit of the classic Wrecking Crew sessions for Phil Spector and the Beach Boys, the band was often tasked with recording four songs per session.

Vocals were added as soon as the rhythm section tracks were cut with British rock legend Terry Reid, Arlene Deradoorian, and Nedelle Torrisi joining Chris in the studio to work out harmony parts and sing live together. Schlarb's melodies are soulful yet unpredictable, and yet the exploratory spirit of the first Psychic Temple album still abides. The music has been poured over with both care and abandon. There is magic in Psychic Temple IV. It's no more complicated than that.