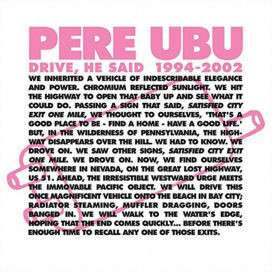 With current band members Michele Temple, Robert Wheeler and Steven Mehlman joining David Thomas here for the first time, it is a defining period for Pere Ubu. All studio albums and the 12" disc »Back Roads« were remixed and engineered by David Thomas and Paul Hamann at Suma, in June 2016.