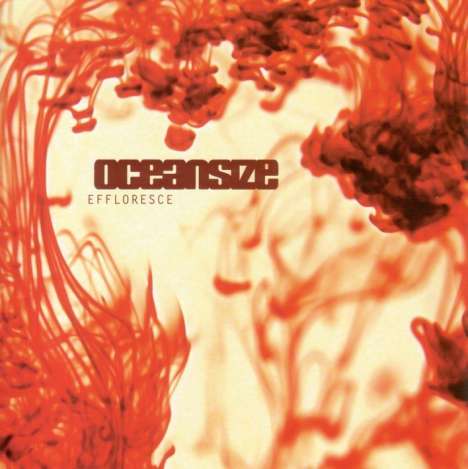 *** Gatefold Cover
Beggars Arkive is delighted to announce the remastered vinyl reissue of Oceansize’s stunning 2003 debut Effloresce. The album’s twelve tracks mix shimmering, atmospheric soundscapes, with insistent drums and their trademark hypnotic, three-guitar attack, which catapulted them to the forefront of the so-called »new prog revolution« of the 2000s. Echoing the expansive instrumentals of Mogwai, the rock-experimentalism of Jane’s Addiction and the sonic onslaught of My Bloody Valentine, Oceansize scaled new heights of grandiose, ethereal and utterly captivating music.

It's rare for a name to so eloquently sum up a band and yet for Oceansize, their moniker only scratched the surface of the vast depths of musicianship displayed within this quintet. Hailing from Manchester, Oceansize owed nothing to the city's most renowned acts. Instead Oceansize followed their own musical paths to stunning effect, from their formation in 1998 to the band’s break-up in 2011.

Comprising Mike Vennart (lead vocals / guitar), Steve Durose (guitar/ vocals), Gambler (guitar), Jon Ellis (bass) and Mark Heron (drums), Oceansize met whilst studying at Salford University. They self-released their first EP Amputee in 1999, followed by A Very Still Moment EP before signing to Beggars Banquet in 2000. They released the Relapse EP via the label in 2002, with production by one of their heroes, Tim Smith from Cardiacs. Tracks from those EPs such as »Amputee« and »Saturday Morning Breakfast Show« found their way on to their debut album.

Effloresce – which means »to burst forth into or as if into a flower« - was originally released on 29 September 2003. All the tracks were recorded and produced by Chris Sheldon (Foo Fighters, Feeder) during Spring /Summer 2003. The album includes the singles »Catalyst«, »Remember Where You Are« and »One Day All Could be Yours« as well as the tracks »Long Forgotten« and »Massive Bereavement«, which feature mesmerising strings from cello, violin and viola duo Martin & Kimberley McCarrick.

At the time, the band described Effloresce as: »a schizophrenic album: blissed-out highs to brooding lows with violent outbursts in between. We want to send the listener on a journey through the euphoric and the terrifying - an emotional rollercoaster that they can immerse themselves in. Like all our favorite records, once you've allowed it to grab you, you're in it for the long haul. Oh, and it rocks like a bastard, too.«

The album gained critical accolades, with the press comparing them favourably to bands like Mogwai, Tool, Nirvana, Jane’s Addiction, My Bloody Valentine, Can, and Faith No More, among others. Rolling Stone described it as; »an hour-plus of guitar-army paradise.«

Brooding, dark, spacey, empowering, sprawling and at times angelic, Oceansize were a band who always stretched themselves, never resting on their laurels. They went on to release another album via Beggars Banquet, 2005’s Everyone into Position, and then another two, Frames (2007) and Self Preserved While the Bodies Float (2010), plus various singles and EPs until their split in 2011. They influenced a generation of forward thinking rock bands and the new vinyl reissue of Effloresce ensures their legacy will continue and inspire a brand new audience.