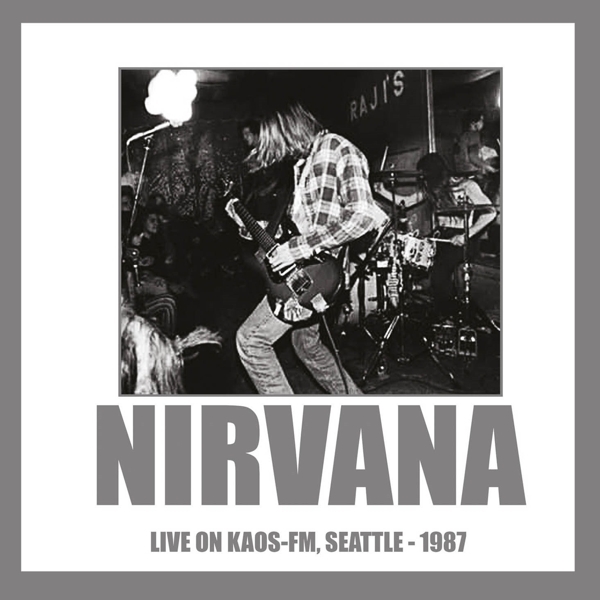 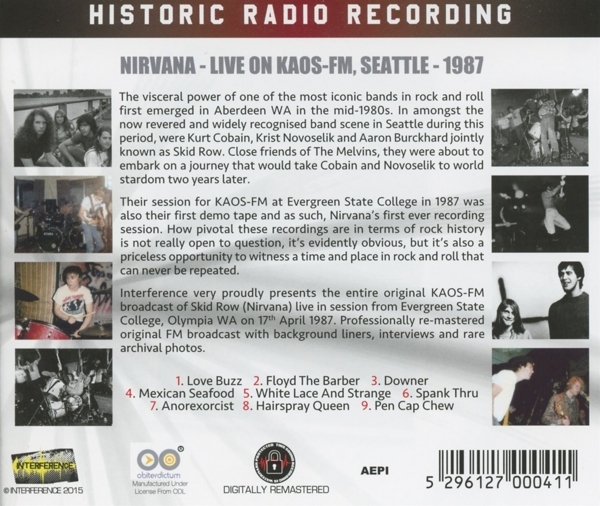 The visceral power of one of the most iconic bands in rock and roll first emerged in Aberdeen WA in the mid1980s. In amongst the now revered and widely recognised band scene in Seattle during this period, were Kurt Cobain, Krist Novoselik and Aaron Burckhard jointly known as Skid Row. Close friends of The Melvins, they were about to embark on a journey that would take Cobain and Novoselik to world stardom two years later. Their session for KAOS FM at Evergreen State College in 1987 was also their first demo tape and as such, Nirvana’s first ever recording session. How pivotal these recordings are in terms of rock history is not really open to question, it’s evidently obvious, but it’s also a priceless opportunity to witness a time and place in rock and roll that can never be repeated.