Muck And The Mires: Greetings From Muckingham Palace 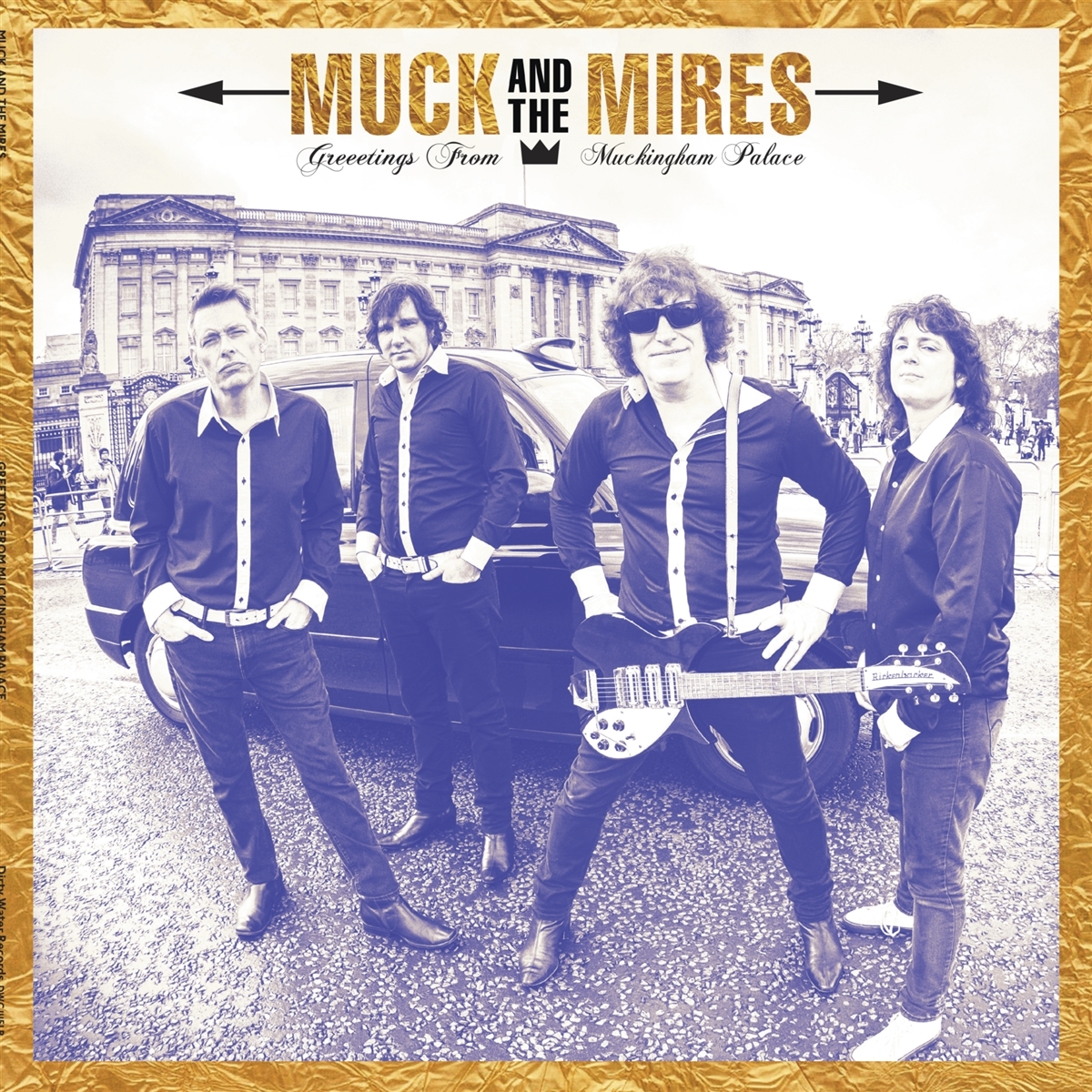 With Brexit upon us, Muck And The Mires and London's own Dirty Water Records have raised the garage rock banner high over the palace proclaiming a new chapter in rock and roll. This new full-length, produced by the legendary Jim Diamond (White Stripes, The Fleshtones, The Sonics) features a royal 14 songs, allowing the group to explore deep all of their favorite rock sub genres.

There's the Power Pop punch of "Cupid's Not A Friend of Mine", '70s AM gold sounds on "Too Soon To Fall In Love", a bit of Psychedelia in the form of "Strange Waves", gritty garage-punk ("I'm Your Man") and a return to their Merseybeat roots with "Don't Start Running Away" Boston's International ambassadors of garage rock 'n' roll, Muck and the Mires, have been described as a blend of the Hamburg era Beatles and the CBGBs era Ramones.

Their songs are reminiscent of the 1960's British Invasion, all two minutes long and ALL POTENTIAL HITS! Their live show is a high energy blast of fast-paced, post-punk gritty garage rock and roll. They have built a worldwide following through relentless touring, radio and satellite airplay and a string of recordings, produced by Kim Fowley and Jim Diamond, considered by many to be cult classics. In 2004 the band gained worldwide recognition when they were featured on MTV as the winners of Little Steven Van Zandt's (E-Street Band/Underground Garage) national battle of the garage bands contest.

The band has performed coast-to-coast in the USA, UK, EU, South America, Canada & Japan. Sharing bills with many of their heroes including The Sonics, NY Dolls, Ray Davies, Flamin' Groovies, The Stooges, Paul Collins Beat, The Fleshtones, The Remains, and even Beatle Pete Best. The palace gates are open and all our invited in for a smashing time. Long live Rock and Roll and Greetings From Muckingham Palace!

Muck And The Mires and Dirty Water Records raise the garage rock banner high over the palace, proclaiming a new chapter in rock and roll.

Mehr von Muck And The Mires