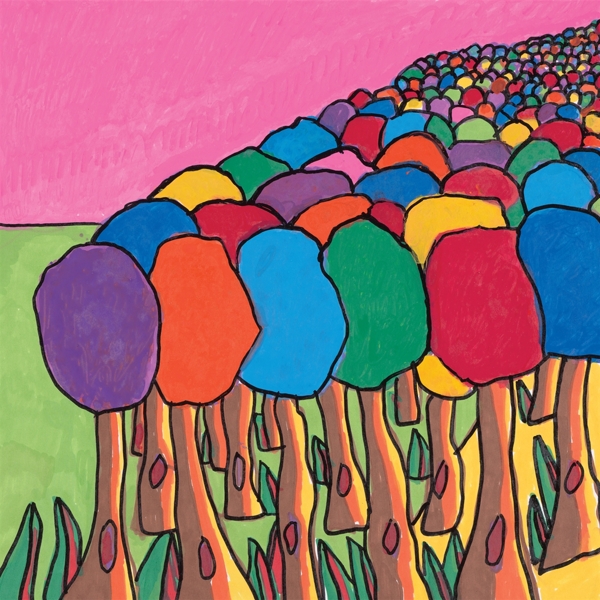 »Pink Skies«, the seventh album from New Haven quartet Mountain Movers, comes closest to capturing what makes The Movers such a thrilling live band, padding the instrumental passages of their primordial psychedelia with lumbering numbers like »Snow Drift« or »My Eyes Are Always Heavy«, that stumble forward lead-footed, soaked in a cacophonous clamor with songwriter/guitarist Dan Greene's lyrics floating atop like couplets of magical realism.

»Pink Skies« coalesces midway through with long-form jammer »The Other Side of Today«, an epic near-twelve minute masterclass in modern, improvised guitar music; the rhythm section of drummer Ross Menze & bassist Rick Omonte sizzles like an acid-fried sunset, and lead guitarist Kryssi Battalene showcases what makes her one of the most enchanting guitarists in the game right now (ask a »head«, they'll tell ya). A player able to vacillate between low-key solos that crackle to head-splitting, ear-piercing noise, riding that ever-so-thin line between expertly cont rolled feedback & chaotic discord.

The album's final two tracks »This City« and »Heavenly Forest« blend so seamlessly into one another that all of »Pink Skies« second side feels like one long piece of elemental sonic alchemy.