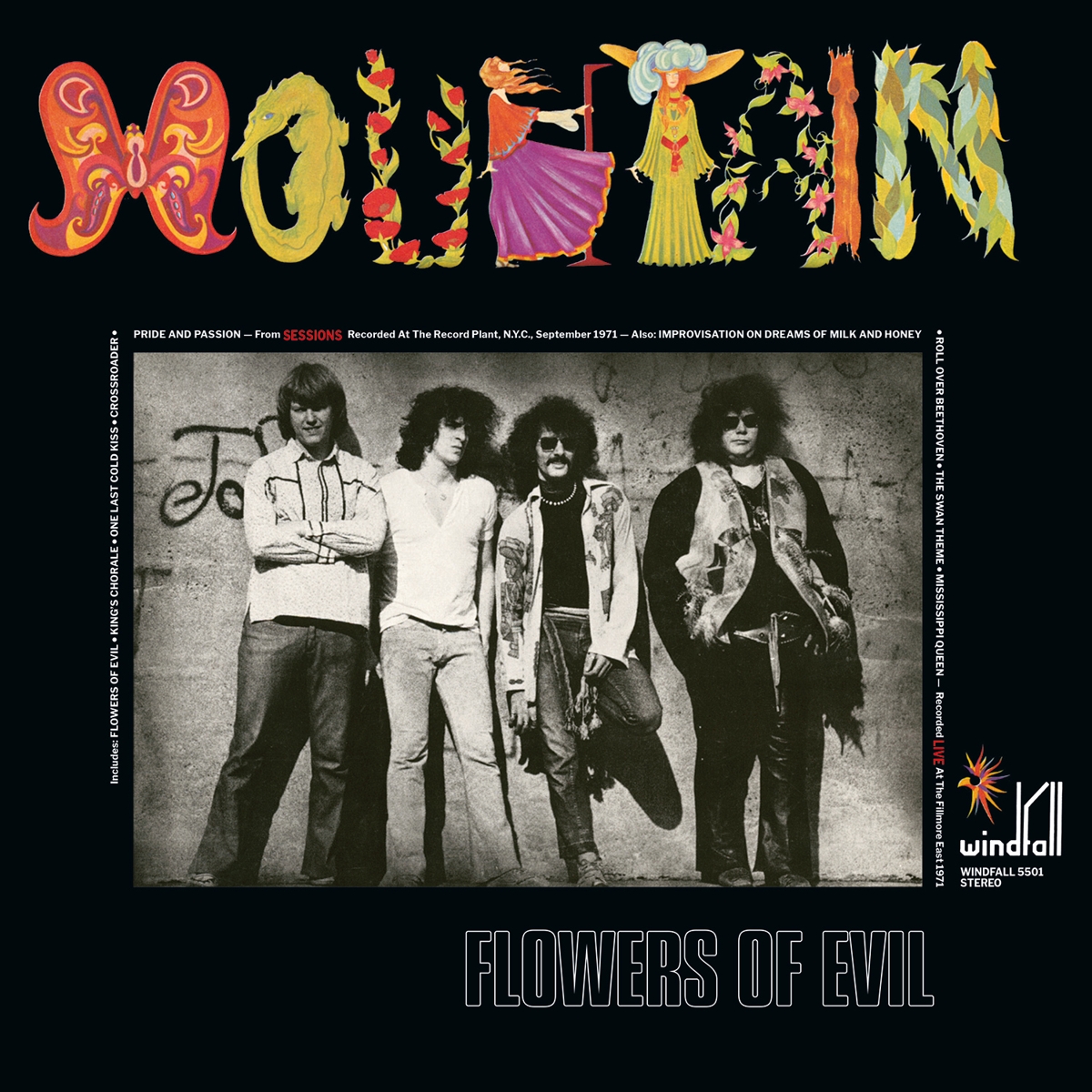 »Flowers of Evil« is the third album by American hard rock band Mountain, released In 1971. The first part was recorded in the studio and the second during their Fillmore East concert. Both recordings are great and the live recording includes their famous cowbell-tinged song »Mississippi Queen«. The two sides are impressive in their own way.

Mountain is a band of American hard rockers from New York who broke up in 1972 and reunited a year later, remaining active today. The band is one of many bands to be commonly credited as having influenced the development of heavy metal music in the 70s. The group's musical style primarily consisted of hard rock, blues rock and heavy metal.