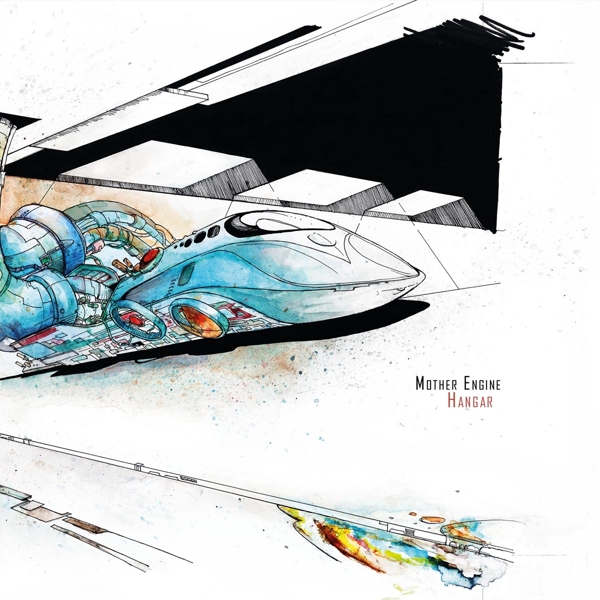 The 3rd album of the German Psychedelic/ Prog Rock band Mother Engine is a real unique piece of music, which, on one hand side, used to be a concept album to show the evolution of the »Mother Engine« in their fictive story of the same named spaceship and its crew as well as the evolution of the musicians themselves in songwriting and diy recording and production processes to really get inside of the implementation of their imagination.

The album Hangar was made in a very ornate and passionate process, that took a lot of time and a lot of energy, but represents the sound and the intention really well. Since our band got a lot of reactions to the last two albums, that differed from »really good and clean sound«, to »good, but live much better energy«, we decided to take care of recordings ourselves. The offer to record in a lovely place in the woods of our home region (Vogtland), with our good friend and experienced sound technician Marco Naumann (Colour Haze, My Sleeping Karma, Dunajam, Up in Smoke... ) came nearly at the same time as we decided to record the new material finally for the 3rd album, so it felt like some kind of fortune to fullfill...