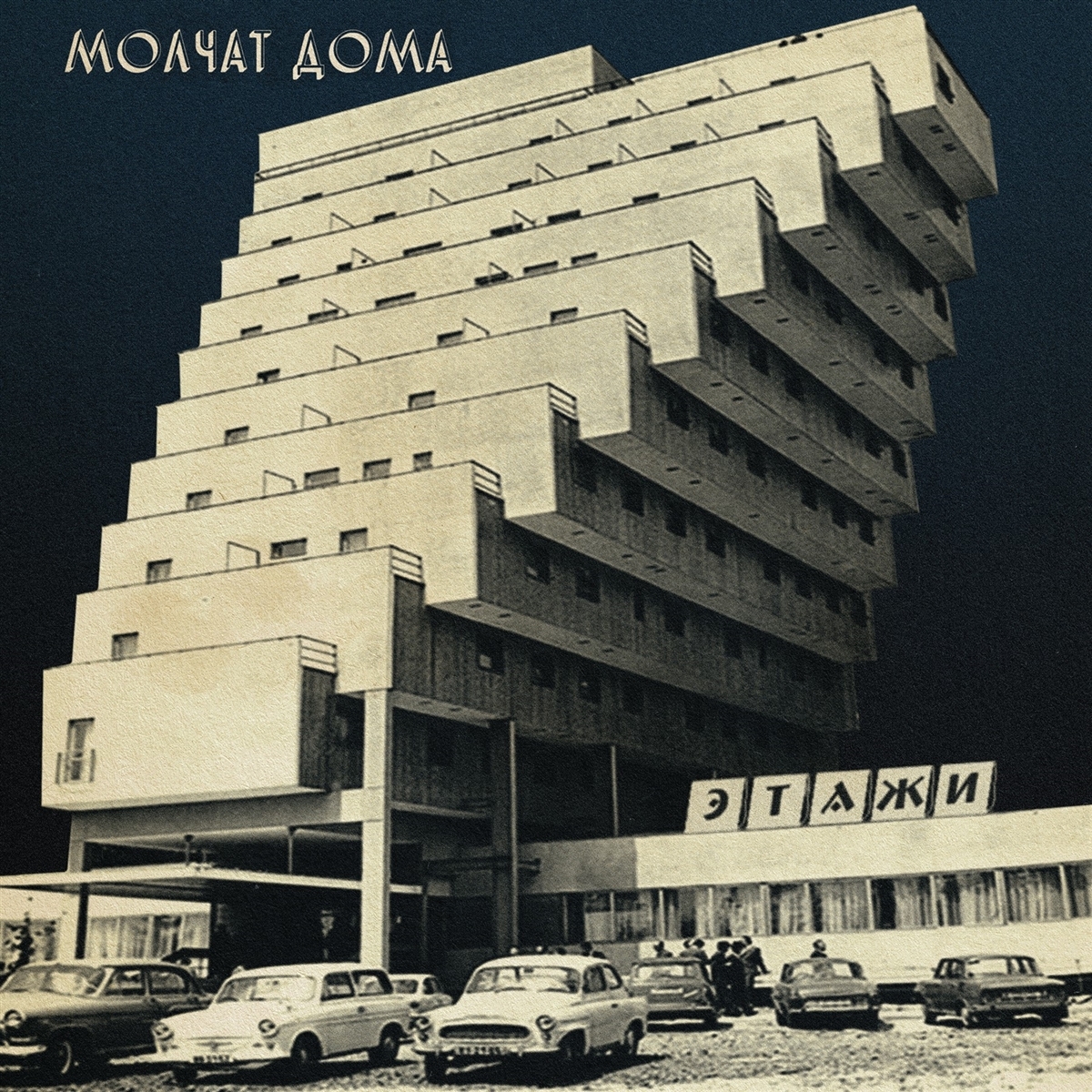 Reissue of the breakthrough sophomore album by the rising Belarussian post-punk/synthpop band // The second LP by Belarussian trio Molchat Doma, Etazhi, meaning »Floors«, was first released in 2018 on Berlin-based Detriti Records. It became a viral hit, garnering over one million views on YouTube and becoming a legitimate phenomenon on Bandcamp. The band may fly under the radar in their native Belarus, but they've reached huge audiences across Europe and beyond.

Six separate vinyl pressings of the album have sold out in quick succession, and Sacred Bones Records is now thrilled to bring the record back in print for good. Molchat Doma (translated as »Houses Are Silent«), founded in 2017 in Minsk, Belarus, stands at the intersection of post-punk, new-wave and synth-pop. Dark yet danceable, and with a heavy dose of goth ethos, their music is reminiscent of the masters that predate them, but make no mistake: Molchat Doma creates a sound and meaning that is immediately recognizable as all their own. The band is comprised of Egor Shkutko, who sings the Russian lyrics in his deep monotone, Roman Komogortsev on guitar, synths, and drum machine, and Pavel Kozlov on bass and synths.