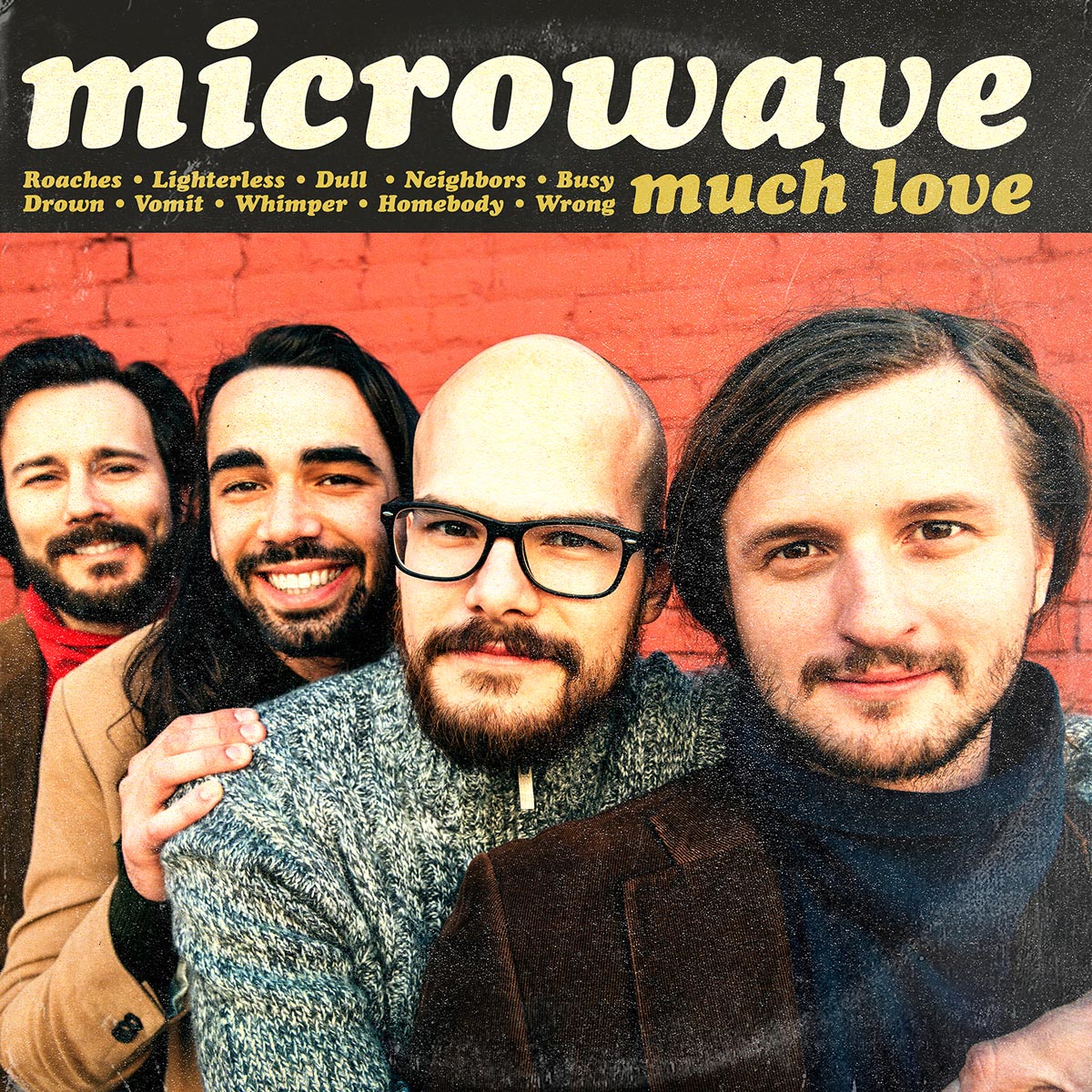 It may have only been two years since Atlanta's Microwave released its debut record Stovall, but much has changed in that short amount of time. While the exuberance and joy of Stovall dealt with vocalist / guitarist Nathan Hardy's wide- eyed wonder at a world previously obscured by a strict religious upbringing and his time as a Mormon missionary – songs of innocence, if you will – Much Love details the aftermath once that awestruck amazement has been dampened by the harsh realities of life.

These, then, are songs of experience, the sound of growing pains (with the emphasis very much on the pain), on the trials and tribulations that come after the euphoria of freedom. That's not to say that first album was devoid of drama, because it was full of it, but the ten tracks that make up Much Love certainly traverse darker, more unstable territory by confronting the very existence and notion of life as Hardy once knew it.

Recorded and produced, like Stovall, by Travis Hill, Much Love is a more abrasive, rawer set of songs than its predecessor, more The Devil And God Are Raging Inside Me than Deja Entendu. Yes, Microwave are very much still recognizable as the same band, but at the same time these songs are a conscious evolution of their sound.