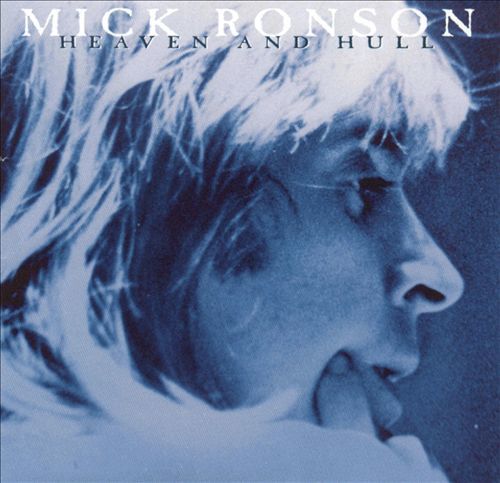 Other artists on this first-ever LP include Peter Noone, Martin Chambers and Chrissie Hynde, Phil Collen and John Mellencamp.

The »All The Young Dudes« track on Heaven And Hull is from the Freddie Mercury Tribute Concert, where Ronson himself was suffering from cancer.

On screen, he appears very thin, while still playing blistering guitar. It proved to be his last concert.

Sham Morris, one of the album's producers: »During the making of Heaven And Hull, (working title To Hull And Back) I asked Mick to visualize a characteristic from his home town of Hull. His first thought was the Humber Bridge. The Bridge became very symbolic for those of us working on the album and it was his wish to incorporate it in the artwork. Mick has crossed the Bridge now and left us this swan song.«