Michele Mercure: Beside Herself 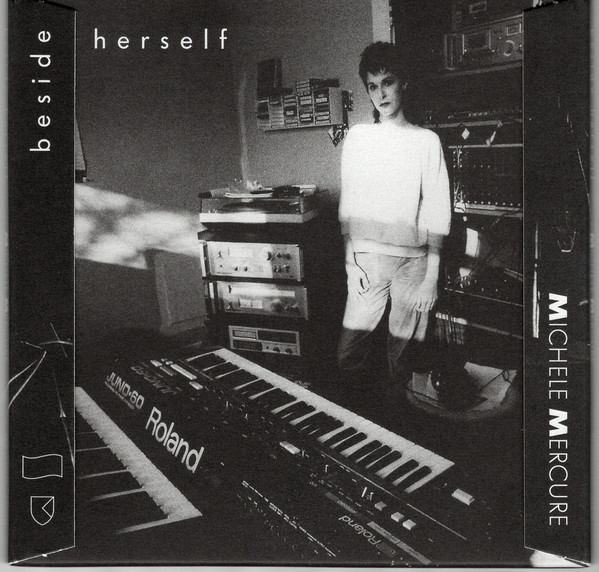 Michele Mercure is an American recording artist, soundtrack, and score composer residing in Lancaster, Pennsylvania. Mercure was part of a group of American musicians in the 80s dabbling with new and cutting edge instrument technologies and self-distribution including Pauline Anna Strom, Lauri Paisley, and K. Leimer.

»Beside Herself« is the next edition of RVNG Intl.'s ReRVNG archival series, presented in collaboration with Freedom To Spend, following the latter label's 2017 reissue of Mercure's 1986 album Eye Chant. The music collected on »Beside Herself« includes works from Mercure's releases »Rogue and Mint« (1983), »A Cast of Shadows« (1984), »Dreams Without Dreamers« (1985), and »Dreamplay« (1990), circulated through tape-trading networks assisted largely by insightful editorial in Eurock, a seminal music magazine covering progressive rock and electronic music scenes.

Michele Mercure often dreams of music, and in her waking life, reclaims fragments of these fleeting, floating melodies in her compositions and sound art. Beside Herself, an anthology of Mercure's self- produced and distributed cassettes released between 1983 and 1990, collects these dreamlike passages and lo-fi nocturnes, preserving the qualities of discovery and intimacy surrounding their genesis.

Mercure's sound is a porous electronic art that overlaps ambient, abstract, and industrial sensibilities – its spaciousness reveals an artist attuned cinematically rather than for radio play or public performance. She approached the latter theatrica lly, and rarely, disdaining most live shows as too serious, and bringing her music to bare on her audiences in playful, immersive contexts. On recordings, Mercure's night lit synth music evokes non-confined environments, at once expressionistic and minimal and always aware of its surroundings.