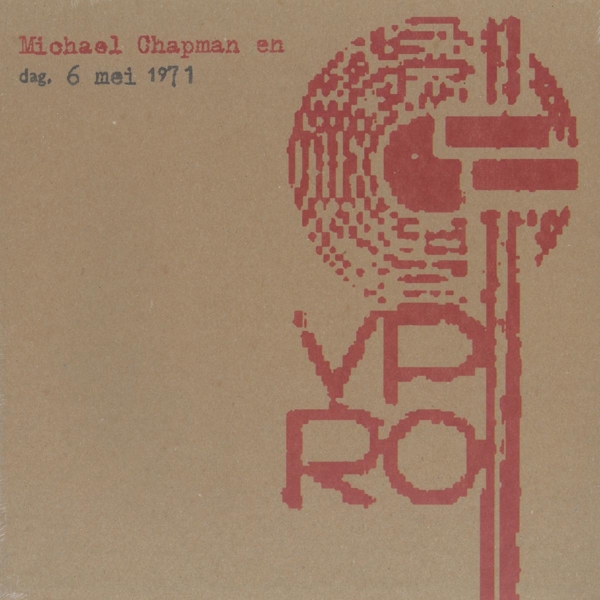 For a self-confessed ›journeyman‹ musician who has spent most of his 50 year career on the road live Michael Chapman albums are curiously rare items and even more rare from his earlier years. This one, recorded by Dutch »hippie« station ›VPRO‹ in May 1971 is the earliest known live recording so far discovered of Michael Chapman after he started releasing records on the legendary Harvest label in 1969.

This period is for Chapman fans the classic period. A beautiful clear, warm and intimate recording of Chapman duetting with longtime collaborator Rick Kemp on electric bass and which documents material from all three albums in a free flowing improv inflected style. Chapman sounds in a confident, gentle and relaxed mood.

The audience is initially tentative, possibly unfamiliar with Chapman's work but gradually warming to his complex dexterous ot folk' playing. The recordings make for a fascinating snapshot of the time, with a loose and open approach that offers a rare chance for guitar buffs to eavesdrop between songs on some those bespoke Chapman guitar tunings!.