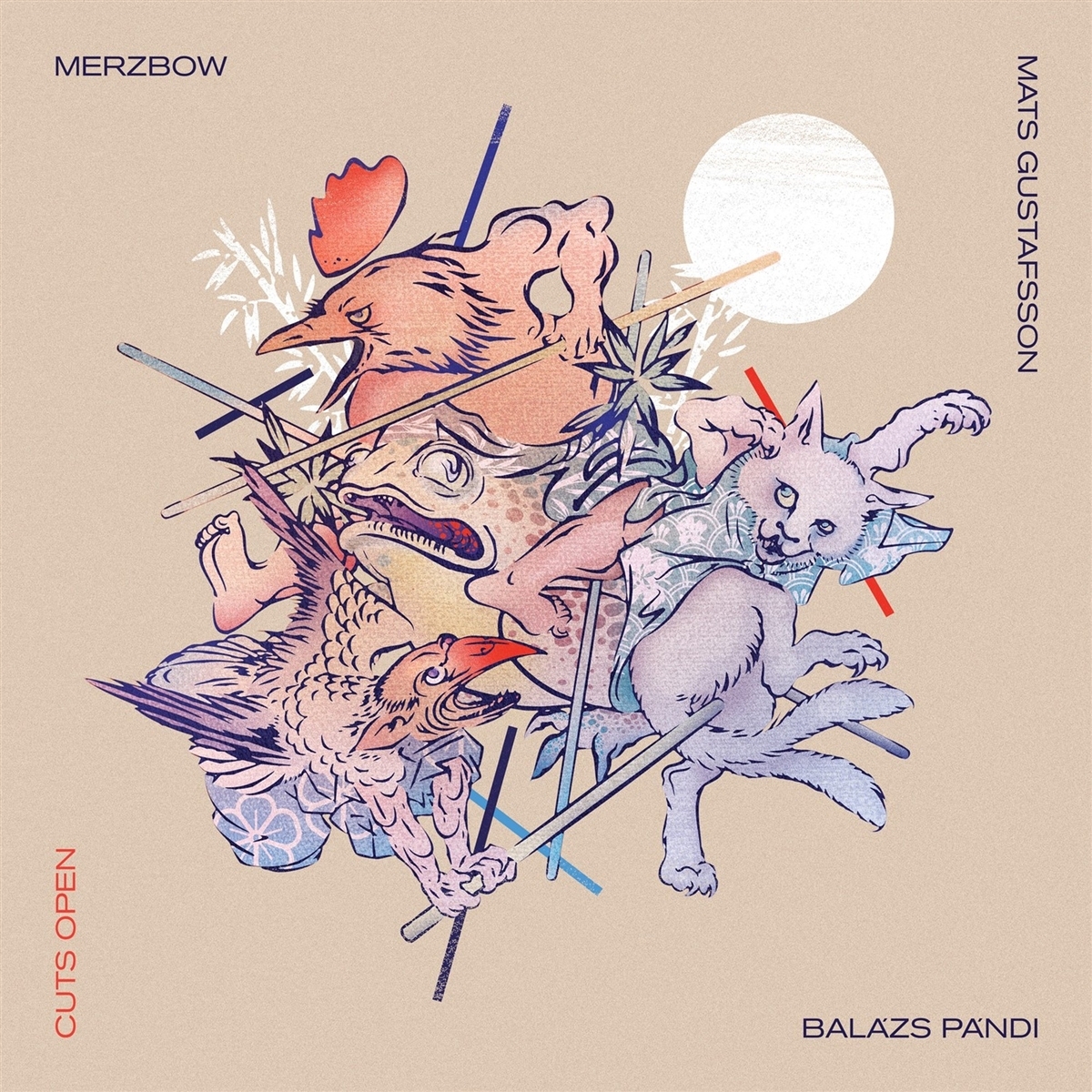 On the all-too-rare occasions when Japanese noise legend Masami Akita (aka Merzbow), Swedish saxophone aggressor Mats Gustafsson and blistering Hungarian drummer Balás Pándi converge, listeners know to brace themselves for a brain-rattling sonic assault. Each of these men alone had long been established as among the most ferocious of artists long before they came together to record their savage 2013 debut, Cuts; the onslaught was only intensified with the addition of Sonic Youth founder Thurston Moore for a pair of overpowering follow-ups.

The anticipation of such musical violence is what makes this most recent outing, Cuts Open, so entrancingly unsettling. Reconvened as a trio once again, Gustafsson, Pándi and Akita found themselves exploring far more spacious and airy soundscapes than is typical for their explosive meetings. The results are no less sanguinary for being unusually quiet (relatively speaking, of course; this trio's "serene" is the equivalent of most musicians' wildest extremes). Instead, the use of agitated percussion and hair-raising breathiness makes for a decidedly ominous atmosphere. When the occasional bursts of brutality arrive - and they do arrive, in all their eviscerating glory - they're almost cathartic in their relief from the teeth-gnashing tension of the album's more subdued moments, where menace hangs in the air like a thinly veiled threat.