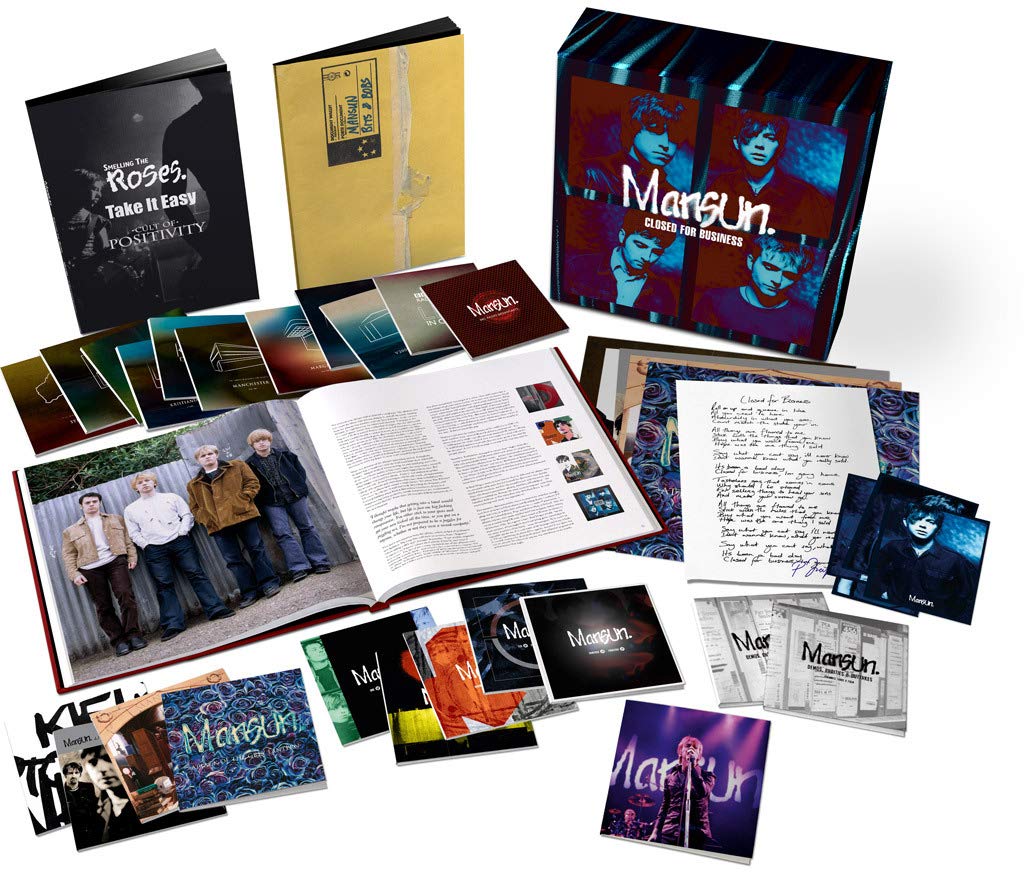 This strictly limited edition box set is the ultimate Mansun collection. Closed For Business finally reveals the full scope of Mansun’s tumultuous career. It brings together their original albums, the dozens of overlooked gems featured on their EPs, unissued demos and studio out-takes, BBC radio sessions, and full-length concert recordings. Paul Draper has also opened his archives to provide the raw material for the set’s unmatched collection of Mansun memorabilia, notes, lyrics and previously unheard recordings. This box set finally does full justice to the vision of a band whose almost reckless disregard for the rules of the game reaped magnificent rewards. (mansun.co.uk)

• DVD - Featuring the first ever official live film, from Brixton Academy + all BBC performances from Top of the Pops and Later... with Jools Holland, plus the "Nobody Cares When You're Gone" documentary

• 112 page book documenting the official fanzines Smelling the Roses, Take it Easy and Cult of Positivity