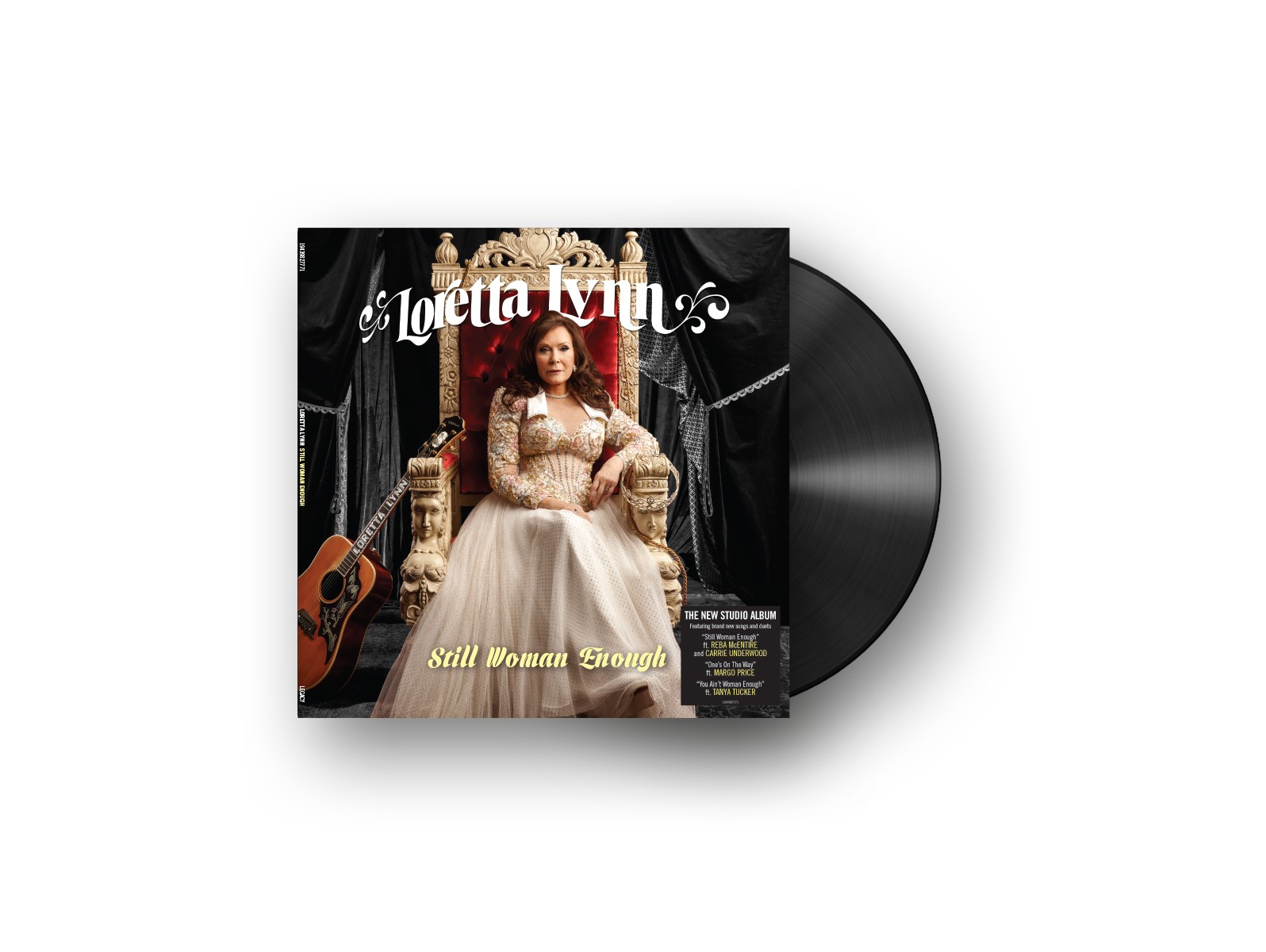 The American music icon's 50th studio album (excluding her 10 studio duet collaborations with Conway Twitty), Still Woman Enough celebrates women in country music. From her homage to the originators, Mother Maybelle Carter and the Carter Family (via her cover of "Keep On The Sunny Side") through a new interpretation of her very first single, "I'm A Honky Tonk Girl," Loretta Lynn acknowledges her role in the continuum of American country music with a special collaboration with Reba McEntire and Carrie Underwood ("Still Woman Enough"), and duets with Margo Price ("One's On The Way") and Tanya Tucker ("You Ain't Woman Enough"), sharing the musical torch with some of the brightest lights and biggest stars in contemporary country music.