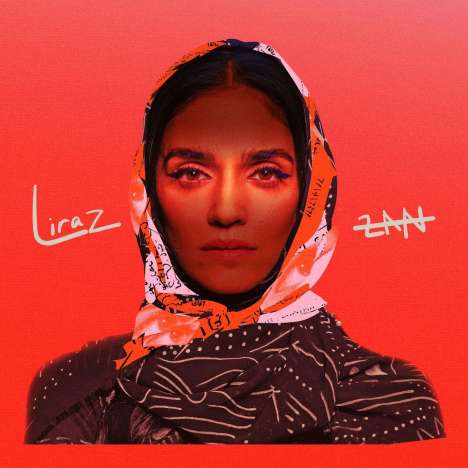 Liraz has taken her shimmering electro-pop underground. She's turned it into something dangerous and even more beautiful than before. For her second album, Zan ("Women" in Farsi), the Israeli-Persian singer collaborated online with composers and musicians from Iran. Everything had to be secretive to avoid the gaze of Tehran's mullahs and secret police.

The result is her private revolution, songs with a true message, music to make people dance and smile - and above all, think. The songs on Zan are the fulfilment of a dream, taking Liraz deep into the soul of the country that fills her heart and populated the stories her parents told her as a child - but one she's never seen. They were written for the women in her family and to connect with her own history, quite often the same thing.

Zan, Liraz insists, is the second chapter of the story that began with Naz. But it's also one that stands alone. This is underground music in the very best sense, true political pop with names withheld for safety. Clandestine collaborations that started in the shadows but burst out of the speakers in a mix of traditional Persian instruments, the instruments that touched Liraz as she grew up, alongside club beats and call-to-action melodies. The honesty, the passion, the commitment and hope shine through in every note and nuance. She's opened her private revolution to everyone.