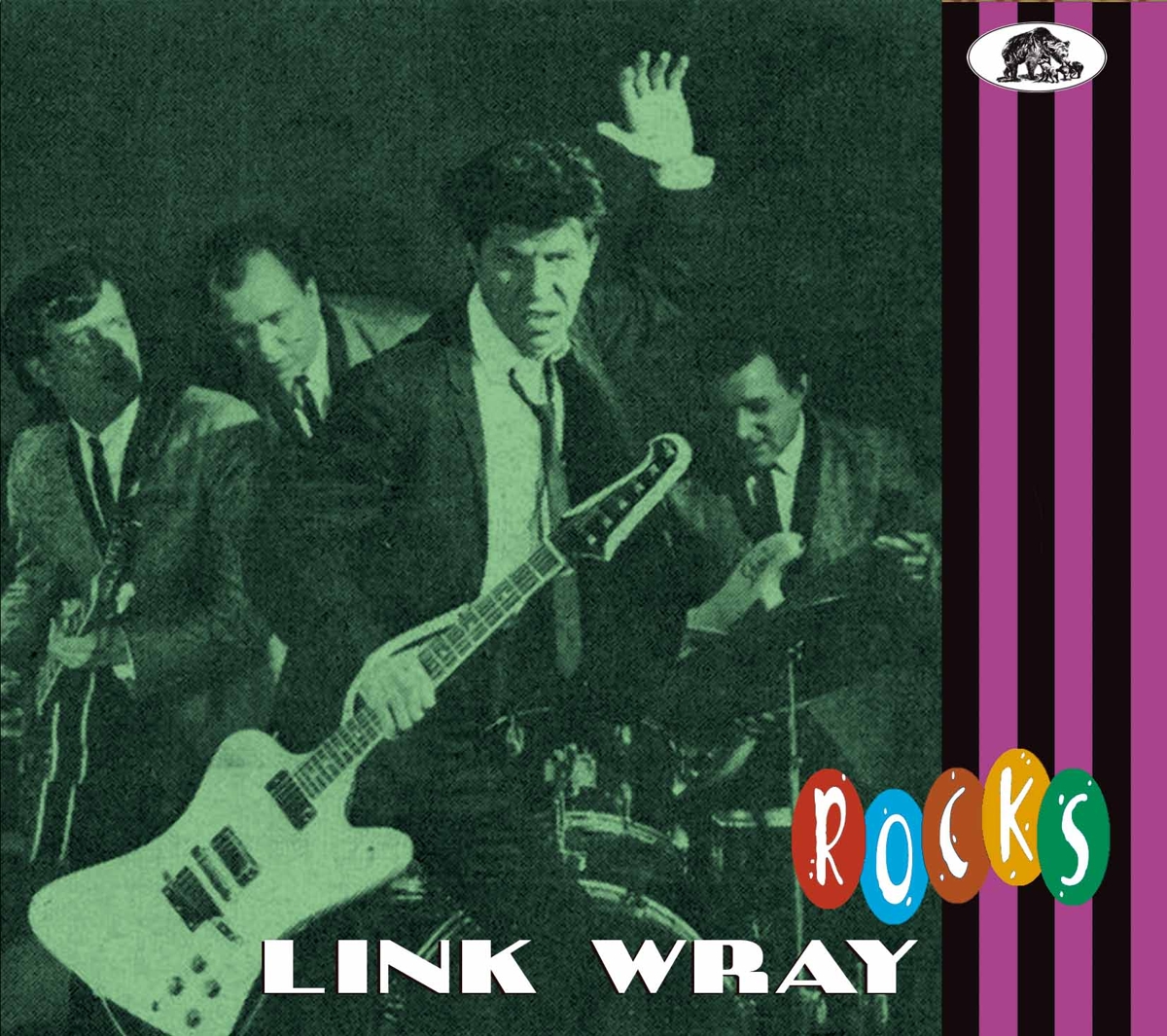 • Link Wray - there had to be a release of this great rocker in our highly acclaimed ROCKS! series!
• Recordings officially licensed by various record companies such as Sony Music, his best rock numbers originally released between 1958 and 1966 on Cadence, Cameo, Epic, Mala, Rumble and Swan, among others.
• Such an elaborate Link Wray compilation did not previously exist!
• The CD contains his rare vocal tracks Ain't That Lovin' You Baby and Mary Ann.
• As a bonus: songs released under the name of his brother Vernon Wray (aka Ray Vernon) with Link Wray on guitar!
• Detailed liner notes by blues and rock 'n' roll expert Bill Dahl from Chicago.

Anyone interested in rock 'n' roll or the history of American pop music in general will know Rumble, the signature tune by one of the greatest rockers and guitarists of all time, Link Wray.
Link Wray (real name: Fred Lincoln Wray Jr) was born on May 2, 1929 in North Carolina and appeared on the stages of the world until his death on November 5, 2005 in Denmark.

Together with his brothers Doug and Vernon he first played Western Swing in the fifties and became the house band at Milt Grant's House Party, where they accompanied Ricky Nelson and Fats Domino, and others.
And then came Rumble, inspired by The Stroll of the Diamonds. Producer Archie Bleyer of Cadence Records signed Link Wray & The Raymen, and Rumble became an unexpectedly huge instrumental success, especially in the USA and Great Britain, making it into the top 20 of the US charts.
Over the next few years, more successful instrumental numbers followed, consolidating Link Wray's international reputation as one of the pioneering guitarists of his time. In addition to Neil Young, who would like to travel back in time to a Link Wray & The Raymen concert, Pete Townsend of The Who is one of his admirers: »He is the King; if it hadn't been for Link Wray and ›Rumble‹, I would never have picked up a guitar«.

We finally add Link Wray to our successful ROCKS! series! On a total of 34 single tracks from the years 1958 to 1966 we deliver his greatest rockers from his recordings for Cadence, Cameo, Epic, Mala, Rumble and Swan in the best possible quality. Since we were able to license recordings from various record companies for this compilation, ROCKS! differs significantly from the cheap scrap on the market.
Our CD also includes two rare Link Wray vocal tracks, Ain't That Lovin' You Baby and Mary Ann, as well as tracks released under the name of his brother Vernon Wray (alias Ray Vernon) with Link Wray on guitar!

The product includes a 36-page booklet with detailed liner notes from one of the most respected experts on American roots music of the day, Bill Dahl.