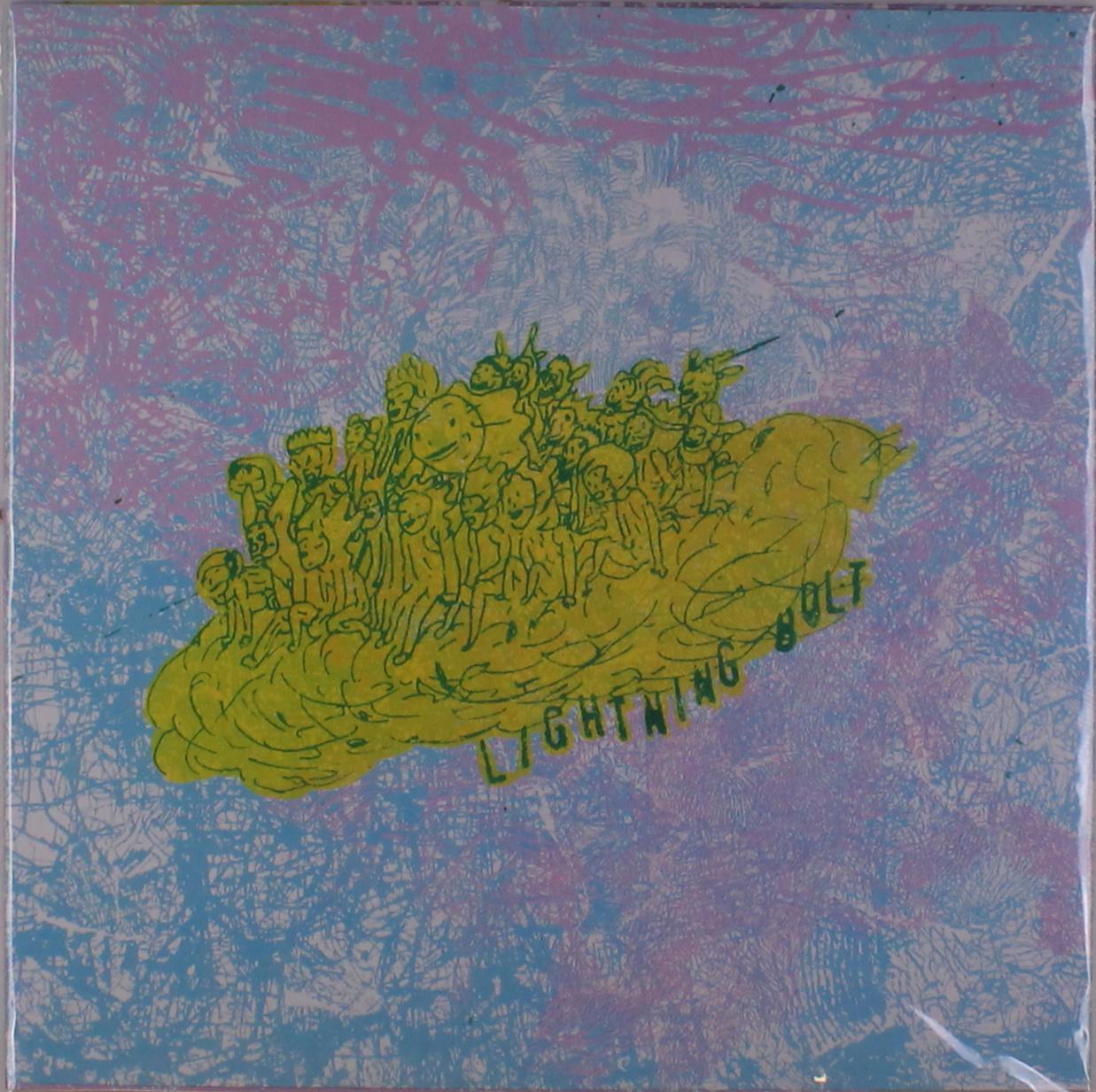 Ride the Skies is the 2nd album by Lightning Bolt, and this rerelease makes it available to fans for the first time since it's original release. Compared to their first album it's cleaner, tighter, recorded in studio rather than live. Which is not to say this is boring or sanitized in any way, Lightning Bolt never fail to make magic, filling a space with loud, raw sound. Sounds of synth or guitar turn out to be bass, and riffs become patterns, become a beat in the background, become a wall of noise, become a clear sound above it all.

Lightning Bolt are known for the sound that truly comes into it's own in this album. Outside of their 7 acclaimed albums, they're known for frequent & exhilirating live shows, and this reputation has created a market for their older titles. Ride the Skies is rereleased with deluxe packaging featuring jacket art that was designed by Brian Chippendale for the original release but has never been realized until now. Recent Thrill Jockey Lightning Bolt re-releases seem to move as quickly as the Brians playing live, as old and new fans jump at the rare opportunity to finally get an old favorite in a shiny new jacket.