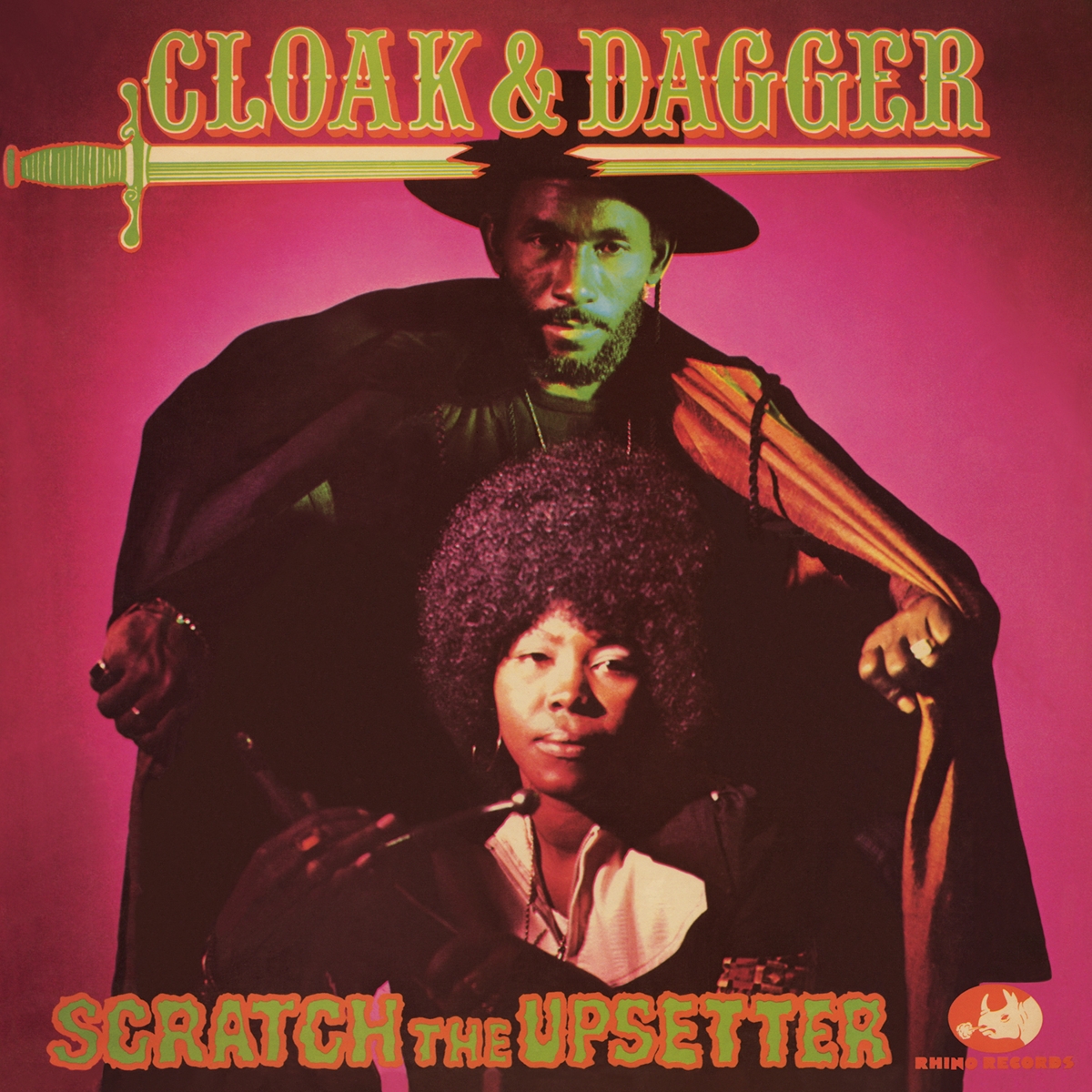 »Cloak & Dagger« is the 1973 studio album by Lee »Scratch The Upsetter« Perry. In that year, as Perry entered a period of heavy dub output, he recorded »Cloak And Dagger«. This early dub outing is a testament to Perry's lo-fi mastery as he utilized his four-track soundcraft board, tape delays, phasers, reverb, and any other ambient sounds he could get this hands-on as an instrument rather than just to record instruments.

»Cloak & Dagger« is available on black vinyl. The release is packed in a much sought after Rhino (UK) sleeve.