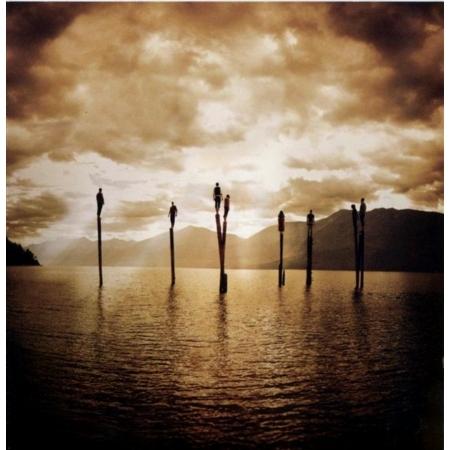 12 years after their debut release, Klone, hailing from central France, are back with their 6th studio effort: Here Comes The Sun shows a mature rock band whose musical universe has expanded over the years. When you take a closer look at the band's discography, their progress appears like a logical evolution: each album is unique, and each one has served to make the follow-up less predictable.
The band's metal roots have slowly but confidently given way to an ethereal rock sound, substantially vintage but modern in sound and delivery; driven by heavy riffing as much as by delay-soaked guitar-reverie and careful vocal melodies... and while nowadays melancholia is the defining paradigm of the band's sound, Klone exploit a much broader emotional spectrum. 2012's The Dreamer's Hideaway already showed more progressive outlines - with Here Comes The Sun, the six musicians continue along that path and open up a new chapter in their collective musical journey.

This time, the bandreally gives each melody time to unfold... and this is where the strength of this album lies: coherence, patience, continuity. The transitions between riffs and songs never feel rushed or forced -- everything is happening at the right time, and for a reason. The music, the lyrics and the artwork reflect upon one another, and suck the listener into a universe revolving around the sun, which is the central theme of the album. With Here Comes The Sun, the band's songwriting, led by the charismatic voice of Yann Ligner, has reached the next level. Klone have opened for bands like Gojira, King's X and Orphaned Land, and have played the main stage at Hellfest. Here Comes The Sun is the album that will see Klone be thrust into the limelight. It's just too good to be ignored - take a listen, and decide for yourself.